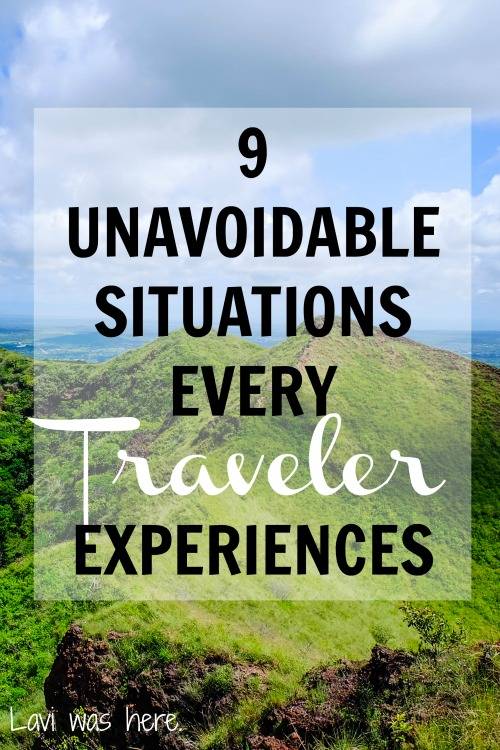 They say cats have 9 lives. They may get stuck in trees, but always manage to cheat fate and end up OK. They’ve just used up one of their 9 lives. Travelers also have 9 lives – or at least as many experiences in which they come out on the other side amazed about what just happened to them.

This thought came to me while I was in a microbus going from the El Salvador-Honduras border to the Honduras-Nicaragua border. The driver was driving like a madman, swerving around potholes into oncoming traffic and stopping abruptly now and then, jolting my body forward as I sat uncomfortably in the back seat. I thought to myself, “Remember to think twice before jumping on public transportation when you don’t really know what you’re in for”. Then I remembered that I told myself the exact same thing the last time I was barreling down the side of a mountain in a chicken bus trying to get to Lake Atitlán from Antigua.

It’s happened before, and it’ll happen again. Thankfully, I’ve always ended up OK after seemingly sticky or crazy travel situations. And there have been a lot of them. As I sat in the back of that microbus, I decided that if a cat starts out with 9 lives, a traveler must have at least that many. Between language barriers and cultural differences, traveling is a trip, literally and figuratively. These 9 unavoidable situations every traveler experiences at one point or another make the trip just a bit more interesting.

1. That plane ride that made you kiss the tarmac as soon as you disembarked. 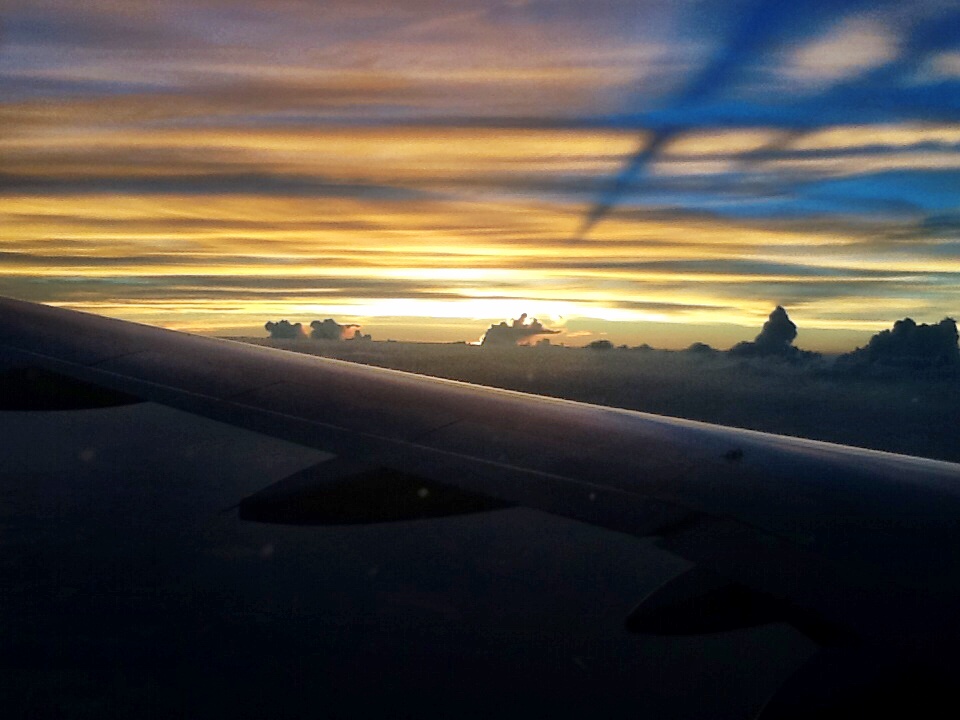 Maybe it was flying through a storm, a bumpy landing, or turbulence – which is the main reason why I have a fear of flying and thought I had met my end on the way home from Thailand – I’ve been on a few plane rides that had me close to tears. It comes with the territory of being a frequent traveler, but I’ll never get used to it.

2. The bus ride in which you swear the driver thinks he’s Jason Statham in The Italian Job (or any one of his movies, actually). 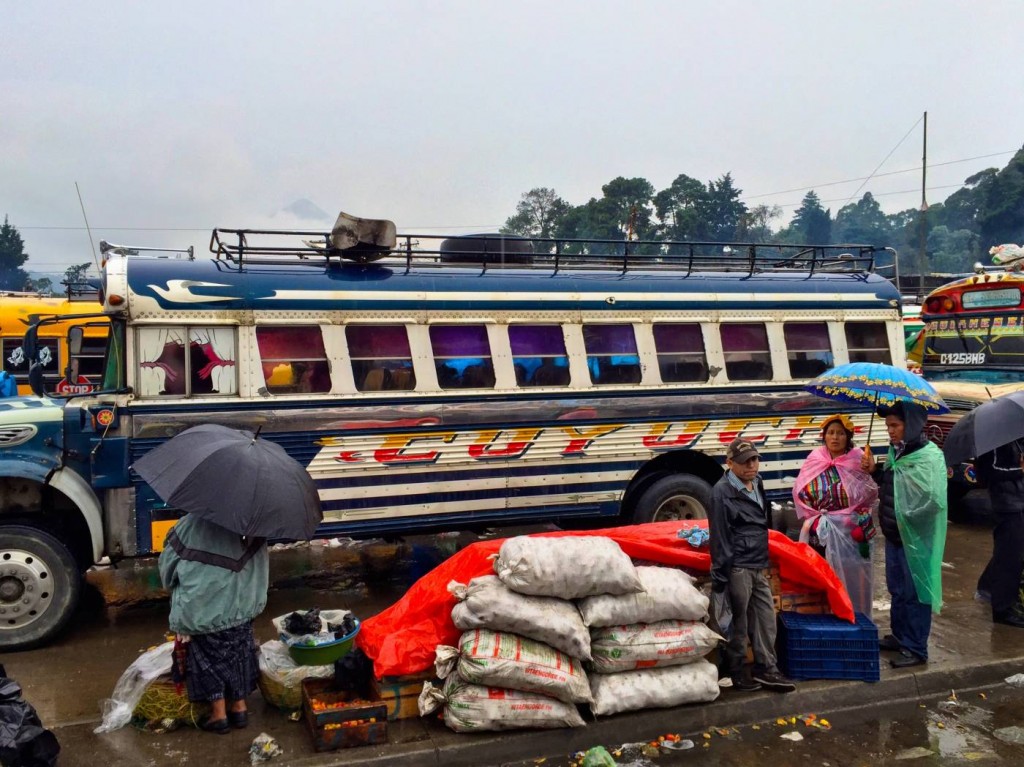 The bus drivers in Central America drive like there’s no tomorrow. When I’m a passenger, I truly worry that there may not be one. I just close my eyes and continue to believe that the drivers must have reasonable command of the vehicle and that I don’t need to be typing out my last will and testament on my phone. And why is Jason Statham always driving a car in his movies, anyway?

3. The death defying stunt that made your hands tremble from the adrenaline rush…and maybe you peed a little bit. 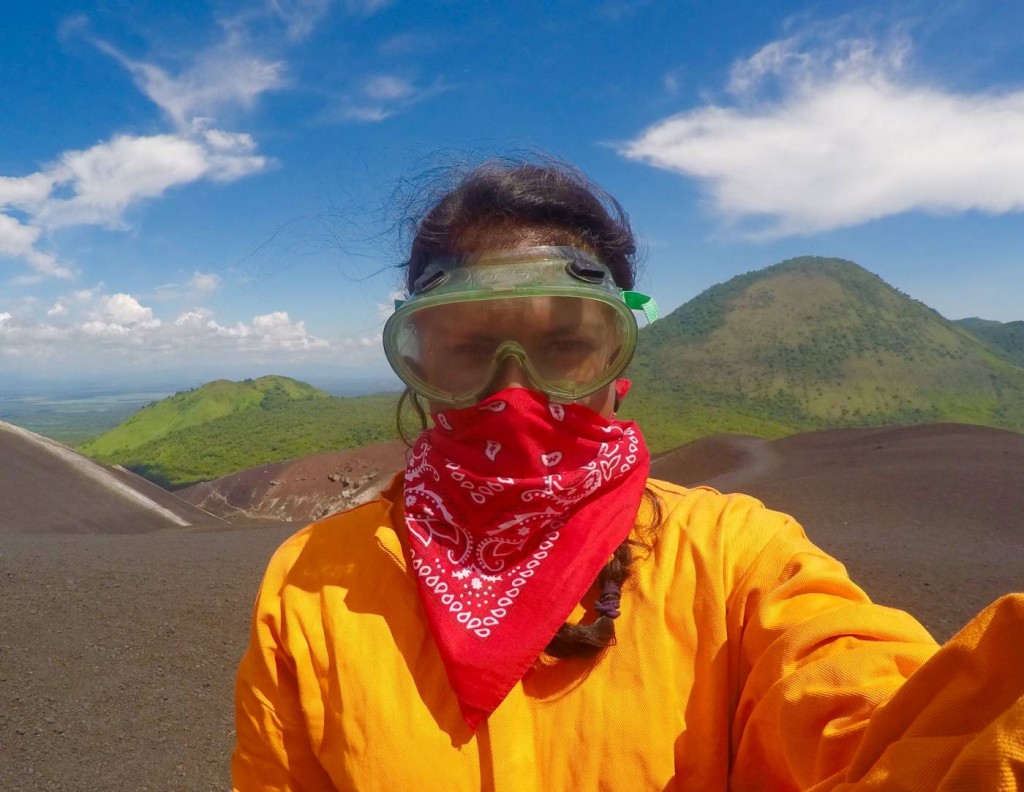 Two weeks ago, it was volcano boarding down Cerro Negro in Nicaragua. Not only did it really get my blood pumping, I was the fastest girl to slide down the volcano in my group. All the while I was thinking about how I couldn’t slow down or stop even if I wanted to – and it was a blast! It’s right up there with hang gliding in Rio de Janeiro and riding in a hot air balloon in Cappadocia. This week, it was surfing in San Juan del Sur. Who knows what this week will bring?

4. That epic party or festival in that gorgeous place that everyone has to go to when they visit. 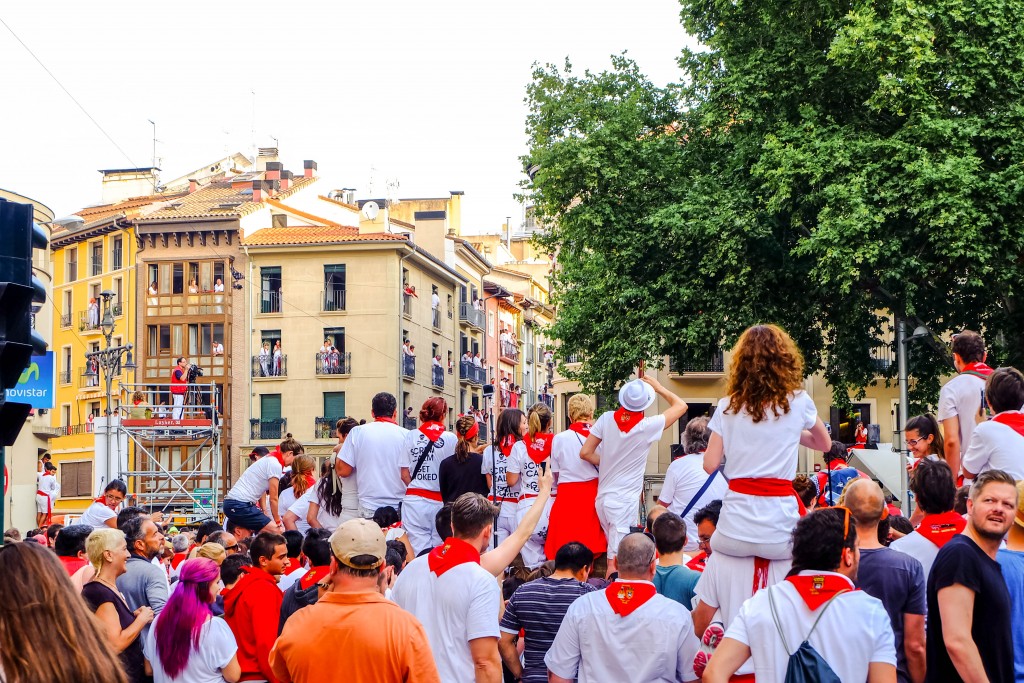 Holi in India, full moon parties in Thailand, Burning Man in the US, running of the bulls in Spain – take your pick, you’ve probably been to one or multiple of the can’t-miss celebrations and parties around the globe. And every time, you wake up and revel at how incredible it is to see what brings people from all over the world together.

5. The physically demanding hike that made you question why anyone likes hiking in the first place.

The idea of summiting a mountain or volcano and looking out at the world from above is fantastic, but getting there is always more difficult than I bargained for. Hiking Volcán Acatenango, Central America’s third highest volcano, was a real doozy for me. It was an exhausting, steep climb and I almost thought I wouldn’t make it to the top, but yeah, that view was worth it.

6. The border crossing that made you wish you could just fly from country to country. 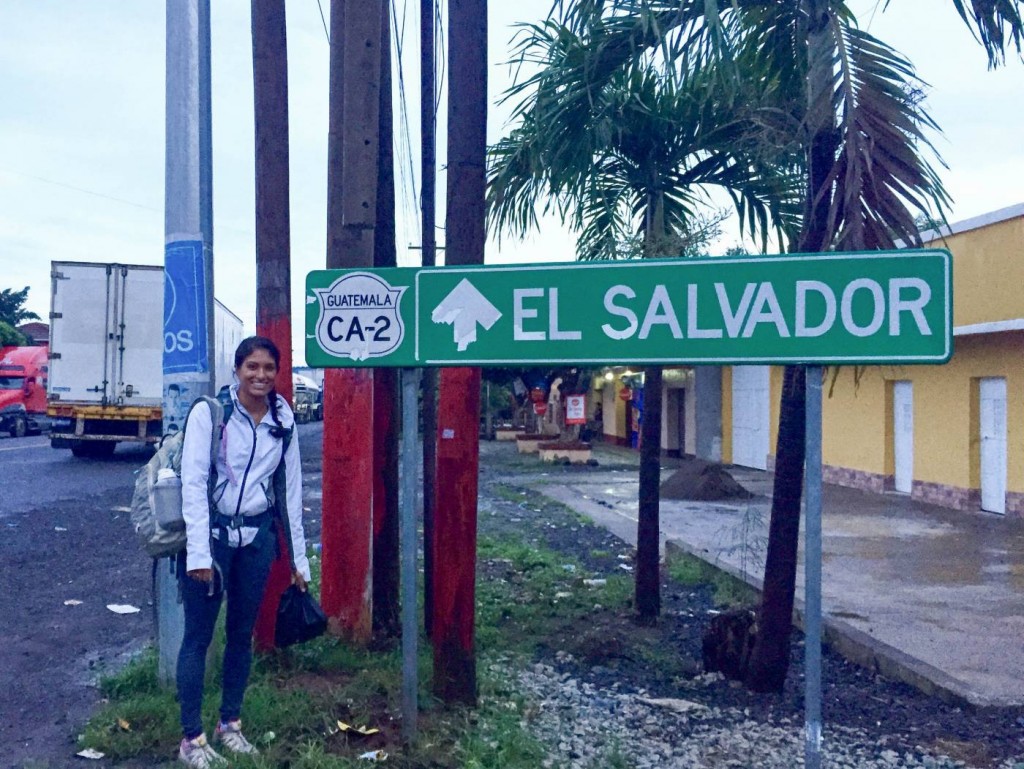 Land border crossings are stressful and I’m never quite sure what’s going to happen once I get to the other side. Crossing from Guatemala into El Salvador at dusk proved to be a terrible idea, though inadvertent. It was completely dark by the time I was walking on the El Salvador side of the border with no public transportation in sight. After walking along the road for 10 minutes, a chicken bus appeared out of nowhere like a gift from God. I was really counting my blessings that night.

7. That time you wanted to be “local” and ate the street food, but had no idea what you were in for. 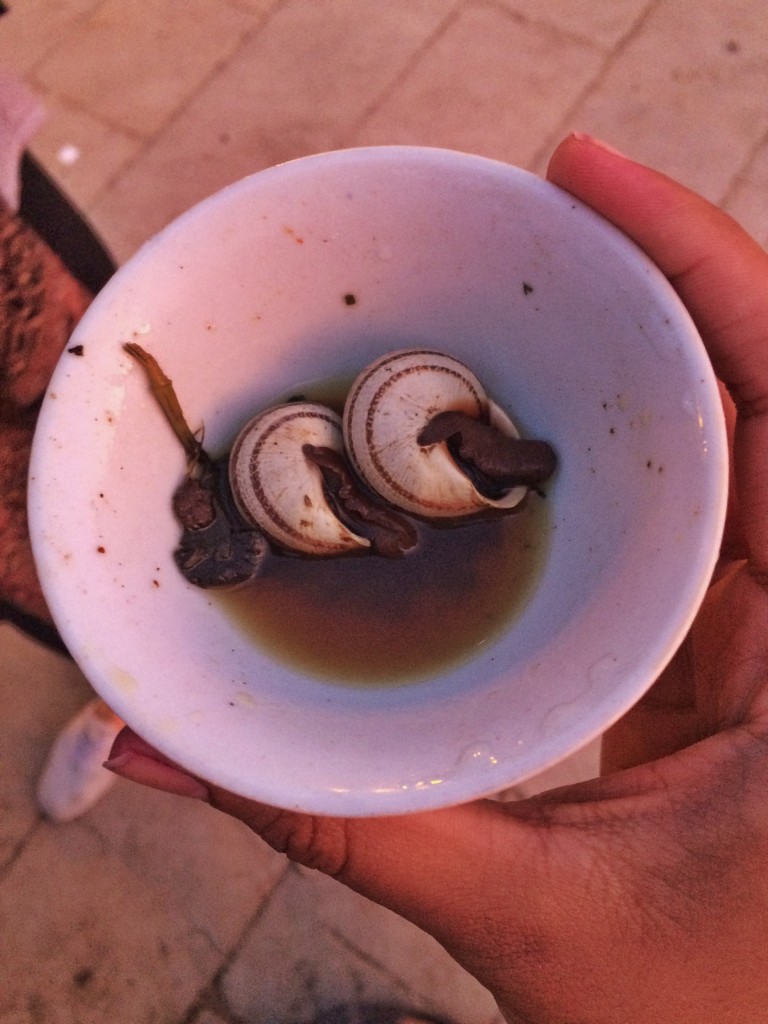 Tamales filled with questionable chicken parts, spicy Thai fish curry that tasted like a mouthful of fiery bones, meat sandwiches when I’m not even sure what meat I’m eating – I’ll try just about anything and I almost never know what I’m in for when I eat street food. Most of the time, the food is good, but I can literally never look at a tamale again*gag*.

8. That “Delhi belly” you got after eating said street food in #7.

There’s no photo needed to explain this. Delhi belly isn’t just restricted to India – trust me. I’ve lived to tell the tale of stomach problems from Morocco to Guatemala and everywhere I’ve been in between, but I’ll still eat the street food anywhere!

9. The sunrise or sunset that is so out-of-this-world that you feel like this all must be a dream. But then again, traveling really is living the dream.

Luckily, not all crazy travel experiences are scary or difficult. It’s the jaw-dropping, truly unbelievable things you see along the way and the people you meet that make a life of travel a real dream come true.

If you’re a traveler, you’ve probably got all of these notches on your belt and more. It’s those times I breathed a sigh of relief that I made it through a situation that I feel truly grateful for my life and the experiences I’ve had while traveling. After all, you need to have some good stories for the grandkids, right?

What unavoidable experiences have you had while traveling?