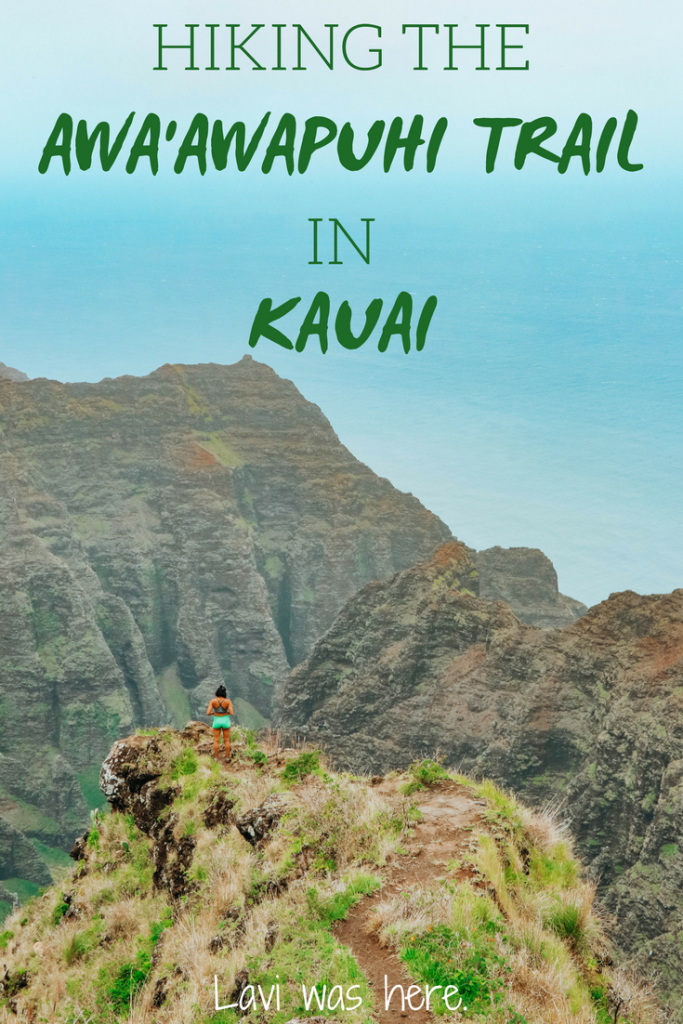 I arrived in Kauai with my sights set on one part of the island in particular: the Napali Coast. If you’ve ever seen photos of it before, you understand what I mean. I just had to see those cliffs by the ocean in real life. Hiking the Awa’awapuhi Trail wasn’t in the original plan; we wanted to hike part of the Kalalau Trail on the north shore of the island for the on-land view of the Napali Coast. 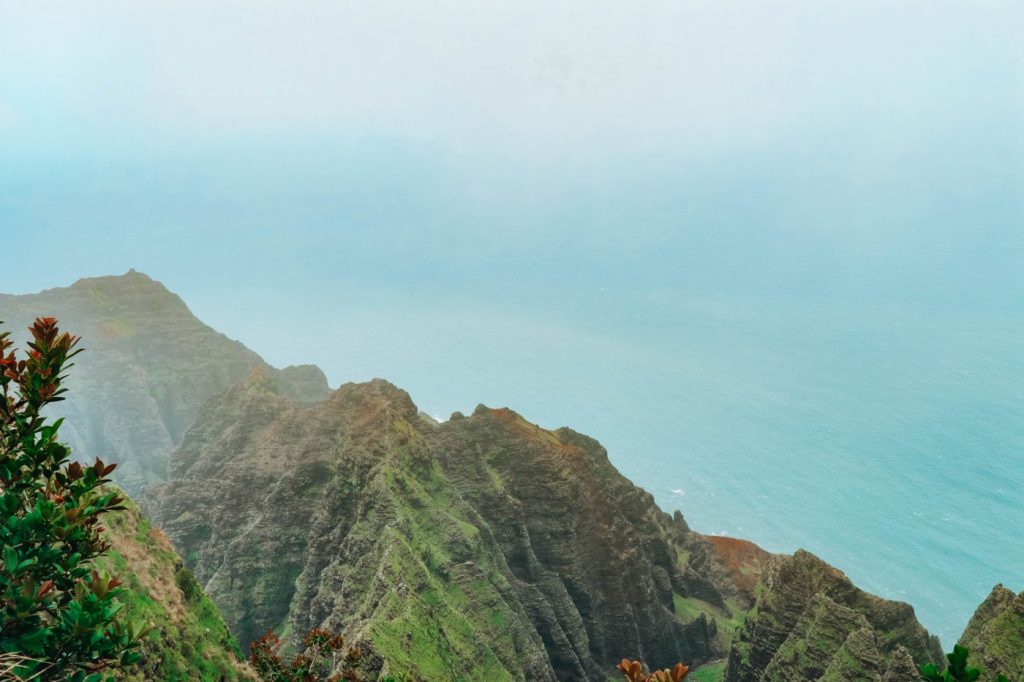 The weather had other plans for the duration of our stay, however.

As luck would have it, we arrived on Kauai the day of the heaviest rainfall in a 24-hour period in the US. Parts of the north shore suffered landslides and flooding, and the single road to anywhere past Princeville was closed. The hike would be out of the question for the length of our trip. As of now, the trail is closed for the foreseeable future.

Our best chance at hiking to a view of the Napali Coast would be hiking the Awa’awapuhi Trail from Waimea Canyon. Although I can’t compare it to the Kalalau Trail, the Awa’awapuhi Trail was a major highlight of our Kauai trip and led to one of the most beautiful coastal views I’ve ever seen. 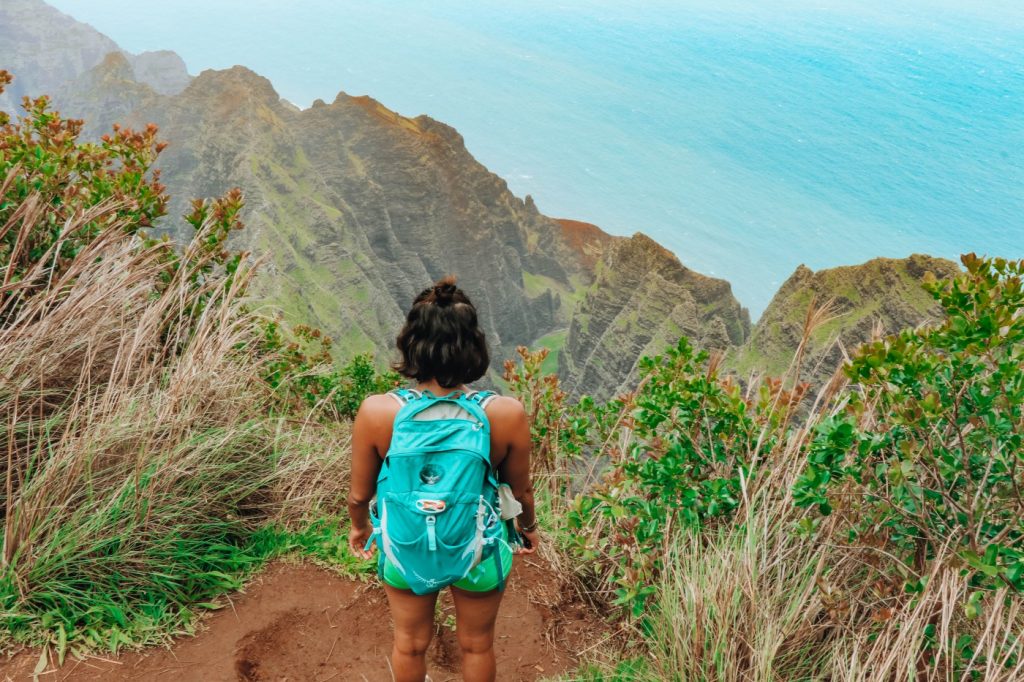 I don’t care what the other websites say; hiking the Awa’awapuhi Trail for 6.7 miles round trip is not easy. To set the stage, let me first say that Kauai is the wettest place on earth. The trails in Kauai are often slippery and muddy. That record-breaking rainstorm 48 hours earlier certainly didn’t help our situation. The downhill hike into the valley was very slick, and I maintained a downward gaze, watching my step while clutching a walking stick for support. I tip-toed around the muddy trail with my brand-new hiking sandals at first. After my first slip into the mud, I decided to just own the experience. I would be covered in mud by the end of the hike, no matter what. For these reasons, I kept my camera tucked safely in my backpack to keep it from getting damaged and don’t have any photos documenting the trail!

The treacherous trail felt agonizingly long for the first 1.5 miles. It genuinely surprised every time we passed the half-mile trail markers. My mind filled with doubt about the end view at the Awa’awapuhi Lookout. Before we set off, it was so cloudy at the Kalalau Lookout near the Awa’awapuhi trailhead that I could only hear the sound of crashing waves. I squinted my eyes, but I was looking at a white wall. There was no view whatsoever. Would we see anything at the Awa’awapuhi Lookout? Were we expending all this energy just to be faced with another wall of clouds? 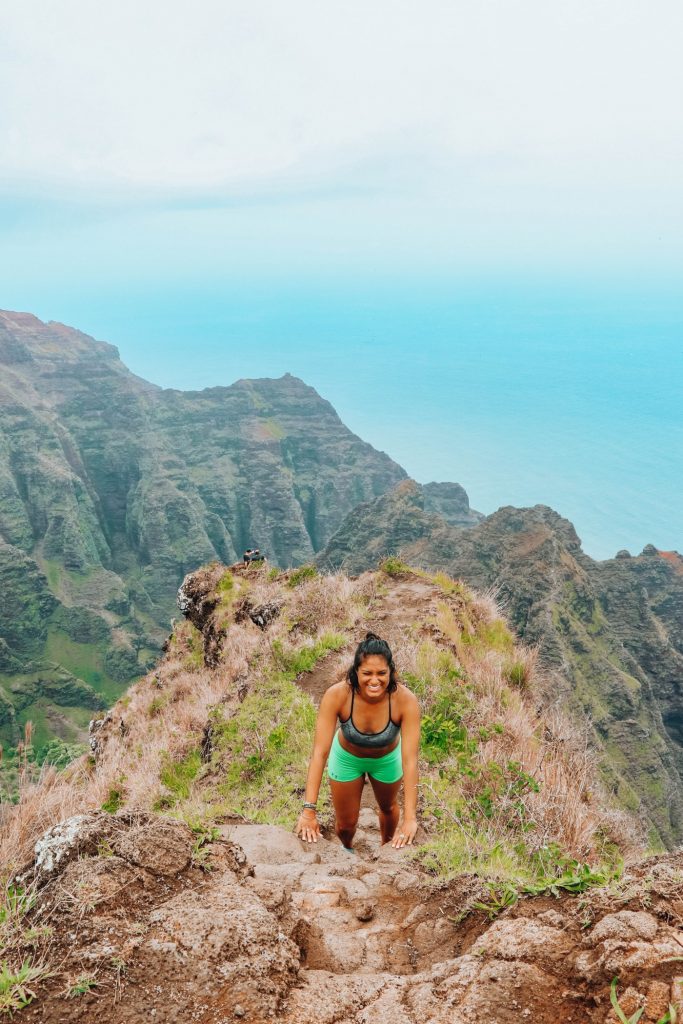 Any views at smaller lookouts along the way did nothing to boost my confidence. But my doubt started to subside when we passed other hikers returning to the trailhead parking lot who said the view at the lookout was clear. We also heard helicopters in the distance above us. That had to mean the weather was clear enough for helicopter tours, right? I was one part excited about seeing the view and one part anxious that if there was indeed a view today, it might not be as clear the following day when we were scheduled for our helicopter ride. 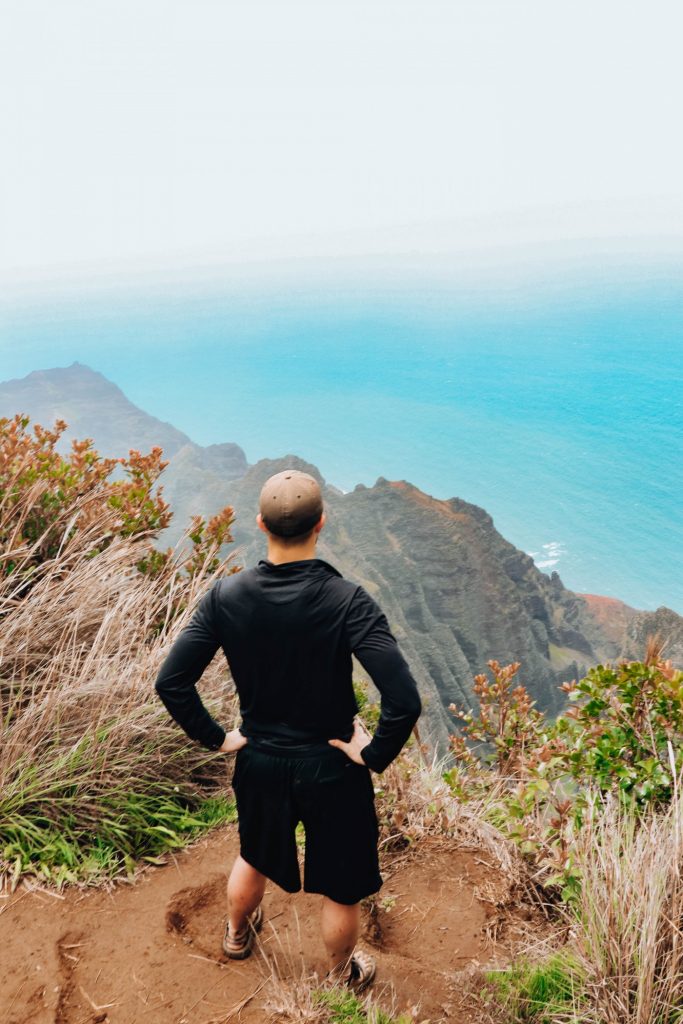 Michael was quick to remind me that I should enjoy the hike and stop worrying about things I can’t control. The weather in Kauai changes every 20 minutes – there was certainly no way of controlling that. Other hikers had seen the coastline, so we probably would too. Kauai was so peaceful and laid back; why was I stressing? We were on the “Garden Island” after all. Clouds and rain were an obvious given here, but that’s part of the wonder of this beautiful island.

My worries melted away when we reached the Awa’awapuhi Lookout at ~3.35 miles. The clouds moved in and out, but the view of the lush, green cliffs against the blue-green water was unmistakable. We were standing in the Napali Coast. 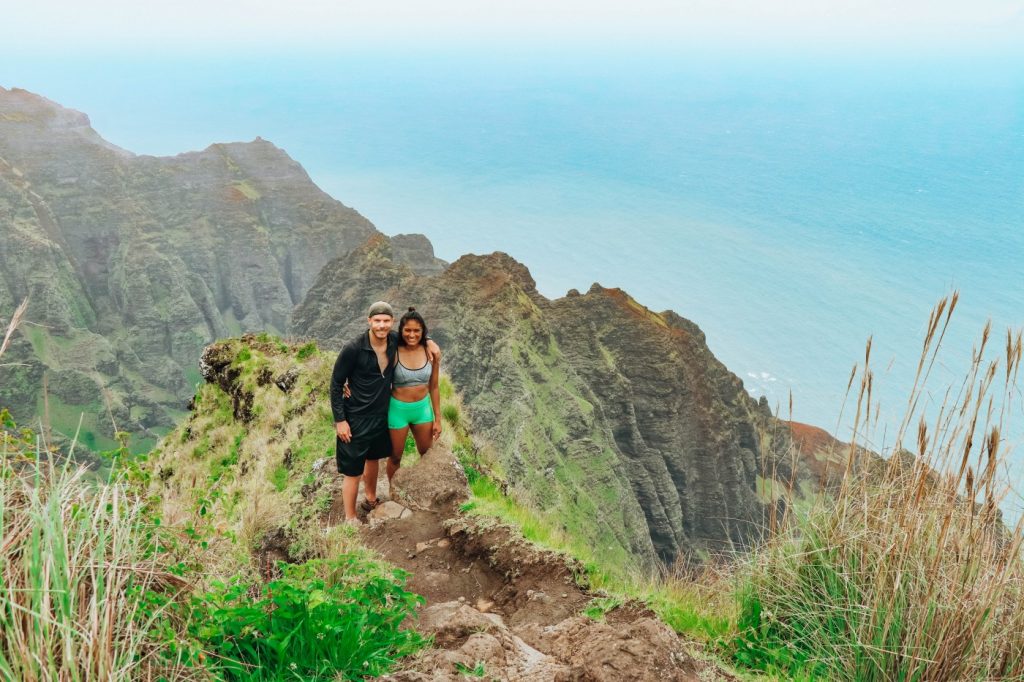 We climbed down past the railing — most hikers did — to the narrowing cliff, daring to push ourselves further to the spot at the end. I made my way as about halfway down the spine to the end point before stopping. This was as far as I could make myself go without letting vertigo sink in. Still, it was enough to make my legs wobbly and fill my stomach with butterflies. I think it was actually both the height of the cliff and the accomplishment of making it to the lookout that made me weak in the knees. 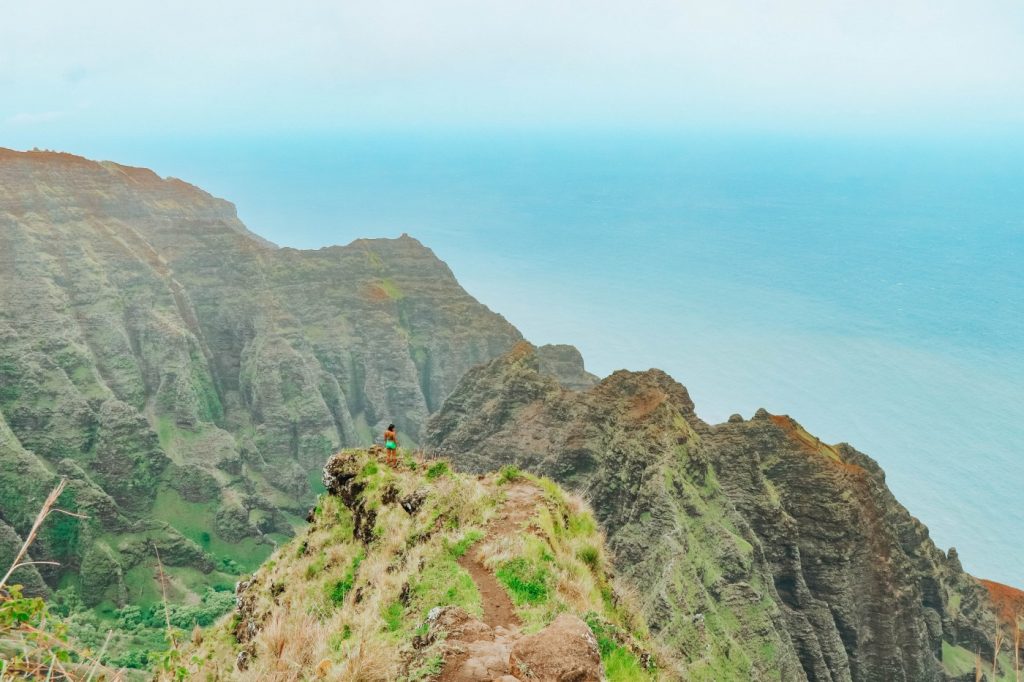 I towered over the view, soaking in the sounds of the waves crashing and watching waterfalls slither down the folds in the cliffs. If there’s any vista proving that pushing to the end of a hike is always worth it, it’s the Awa’awapuhi Lookout of the Napali Coast.

Know before you go:

Do you plan on hiking the Awa’awapuhi Trail in Kauai?