I’ll be the first to admit I’m not the best at riding a bicycle. I’ve got the scars on my knees and elbows from my childhood to prove it. My first memory in life is my brother pushing me down a hill on his bike when I was a baby. You get the idea.

Despite all this, I still enjoyed a few bicycle rides in Central and South America. Remember that grueling and rewarding bicycle ride on Isla de Ometepe? That was the last longer ride I’d been on before my first solo bicycle ride: the Ruta de las Cascadas in Baños, Ecuador. 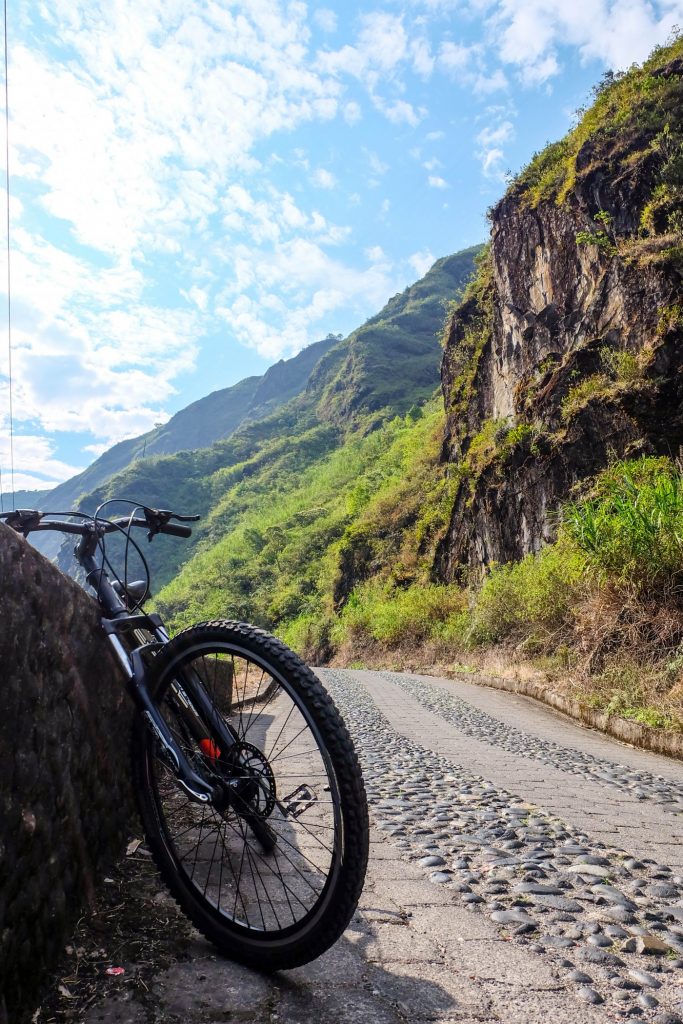 Cycling from Baños down a main road to the many waterfalls along the way is a really popular activity in the Baños area. Thankfully, the ride is mostly downhill and most people just hitch a ride for $2 from one of the many trucks waiting to haul fatigued travelers back to town.

I had planned to go biking with a girl I’d met on the bus from Quito, but ended up on a solo ride after we got lost looking for the bicycle rental shop we’d arranged to rent the bikes from the day before. It was getting late and she didn’t want to run the risk of returning after dark. I was leaving the next day, so it was do or die (not literally, obviously). I was either going to go on the bike ride alone or miss out on it completely. 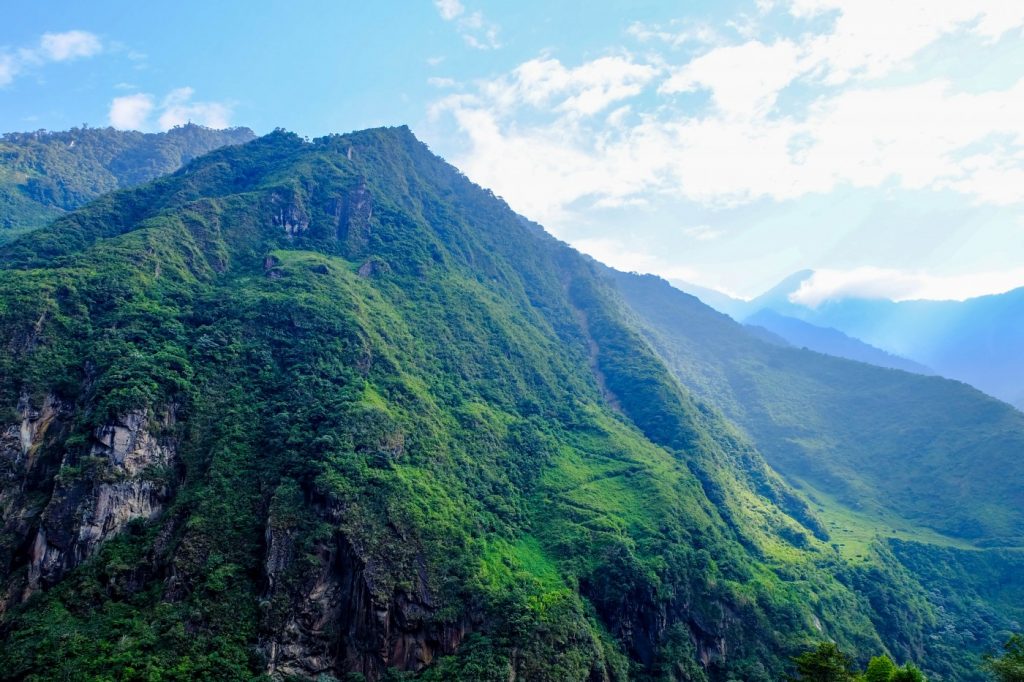 I naturally opted to venture out alone on the Ruta de las Cascadas. This turned out to be one of my favorite bike rides for that exact reason. As a solo traveler, I often spend a lot of time with other travelers; it was really nice to spend some time in nature by myself. Plus, I’m a sucker for waterfalls.

The route itself is fairly safe; there’s only one road to follow from Baños between the mountains and most of the time there’s a bike lane to ride on. I was undeterred by the horror story of a new friend I met in the street. When we bumped into each other on the street he was covered in scrapes and had just returned from the hospital. His bike tire exploded on his ride and he fell in a ditch on the side of the road. The poor guy advised me not to do it but I figured the chances of that happening to me were low. Let’s be honest: I rarely listen to a person telling me not to do something that looks like fun. 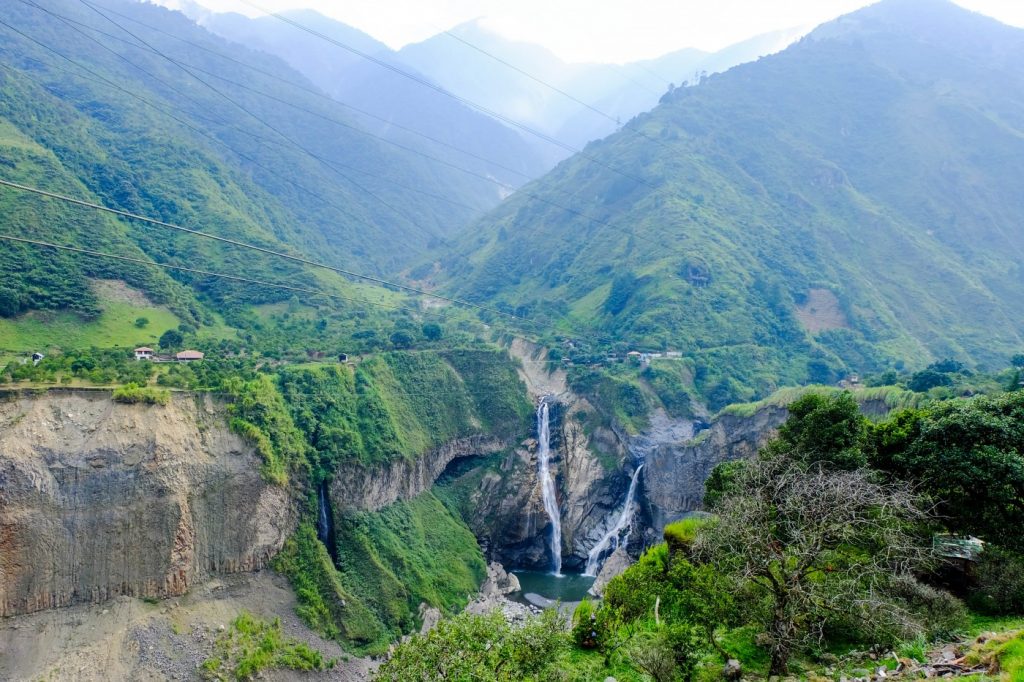 I donned my helmet (safety first!) and took off down the road toward the waterfalls. The road was winding and I could feel the roller coaster-like butterflies in my stomach as my pulse quickened to match the speed of the bicycle. I love that feeling of not having to pedal, just letting the hills and the bike take me wherever the road goes. 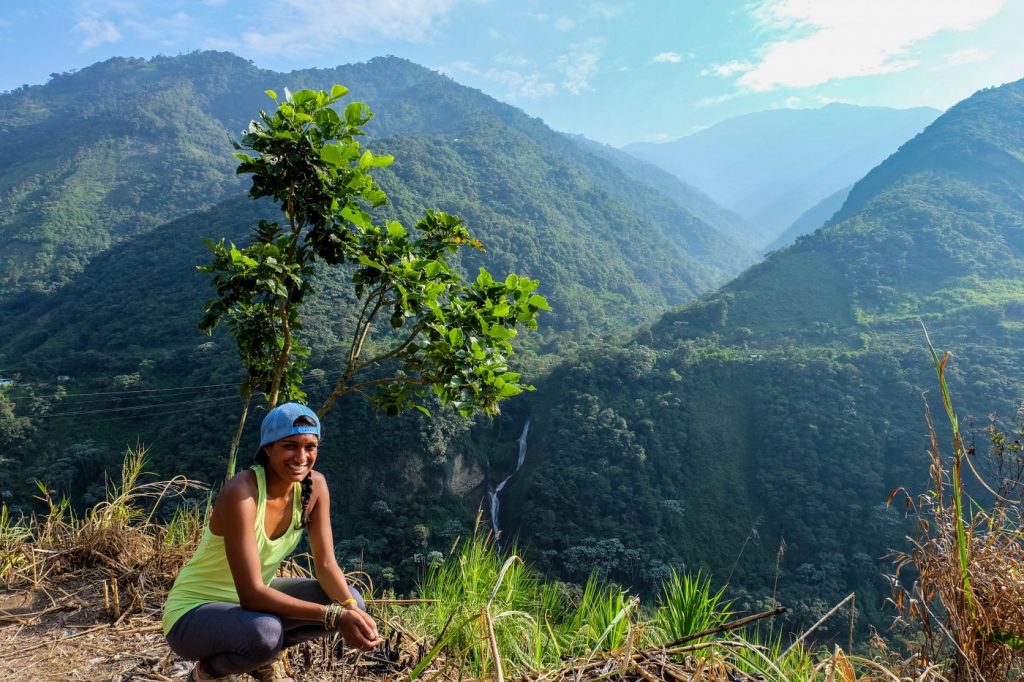 The best part about riding the Ruta de las Cascadas alone was that I stopped when I wanted to take photos and enjoy the views. The sky was blue and less threatening than it looked earlier in the day; it was a beautiful day to enjoy outside alone. The self-timer feature on my Fujifilm X-A2

were my best friends on this bike ride.

If you have the time or are adventurous enough, there are a few spots with zip lines or cable cars you can take to get closer to the some of the waterfalls that are across the river. I think these activities would have been really fun, but they looked rather deserted on this particular day. I actually only bumped into a few people the entire day on the road! 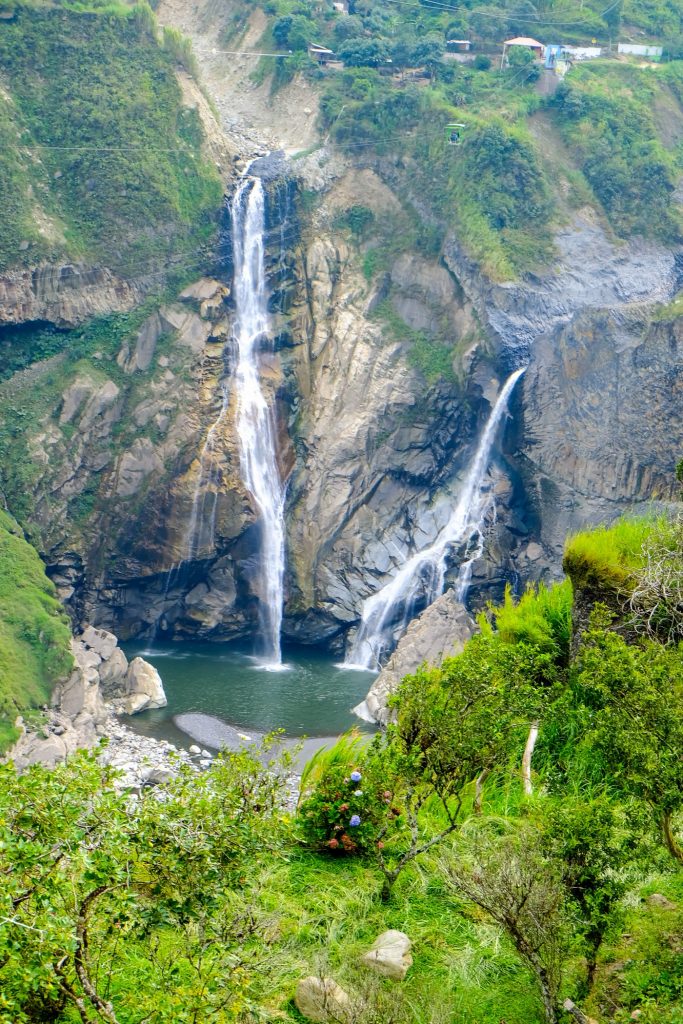 I was so busy enjoying the scenery that I didn’t even realize that I’d completely overlooked the signs for Pailón del Diablo, undoubtedly the most enticing waterfall along the Ruta de las Cascadas. I’d stopped to take a few photos in town but continued along the road thinking Pailón del Diablo was further ahead. If it wasn’t for a man sitting outside a little shop just outside of town running after me and flagging me down, I’m not sure how far I would have gone without realizing I passed it! 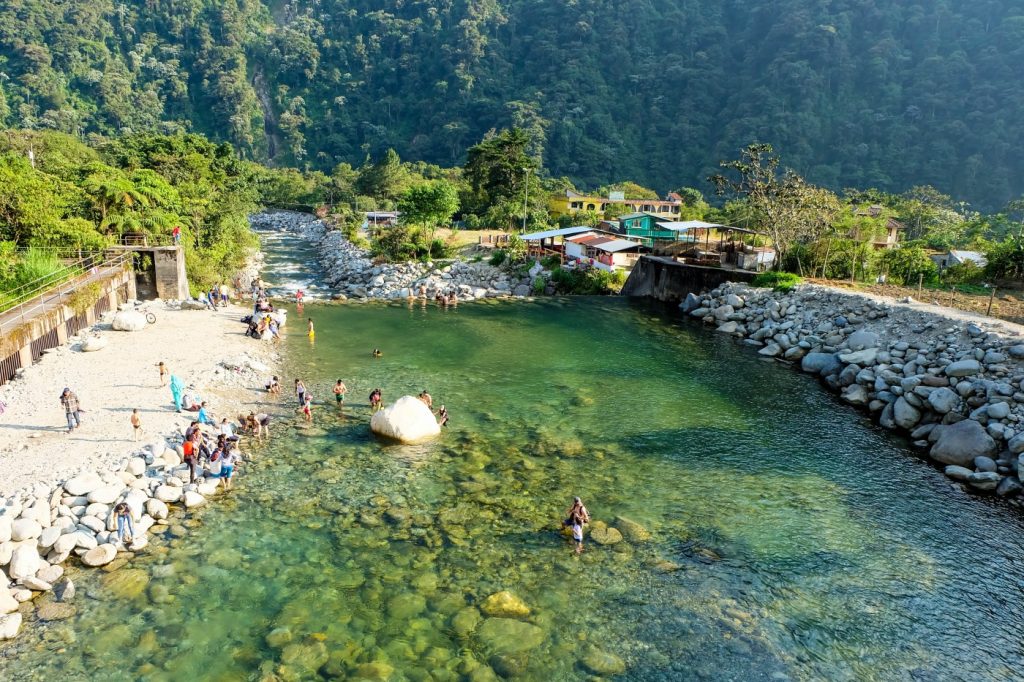 When I finally did go back and find Pailón del Diablo, or “Devil’s Cauldron”, the beauty of this force of nature took me by surprise. With two different entrances to different sides of the waterfall, I made my way through the first entrance I saw. From afar the waterfall might have looked like all the others, but from this side I could get so close and feel the spray of the waterfall showering my body. The waterfall was really beautiful in the soft glow of the late afternoon. 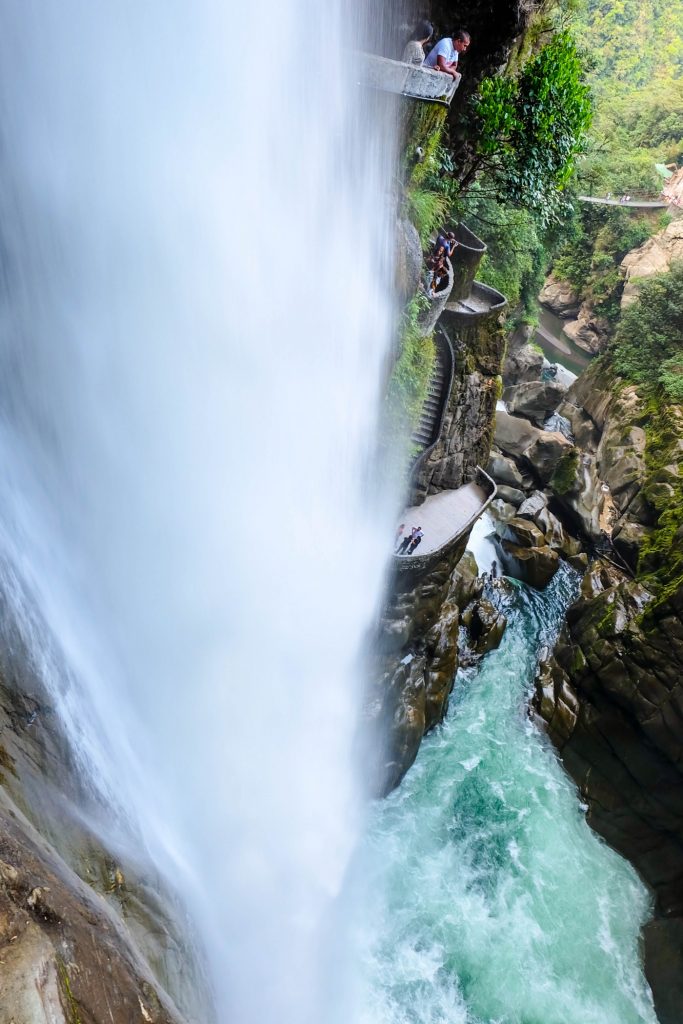 Unfortunately I couldn’t see the waterfall from the other side because it was so late in the day and it would take too long to exit and enter from the other side I think the close up views I enjoyed of Pailón del Diablo were probably the best views I was going to get anyway. 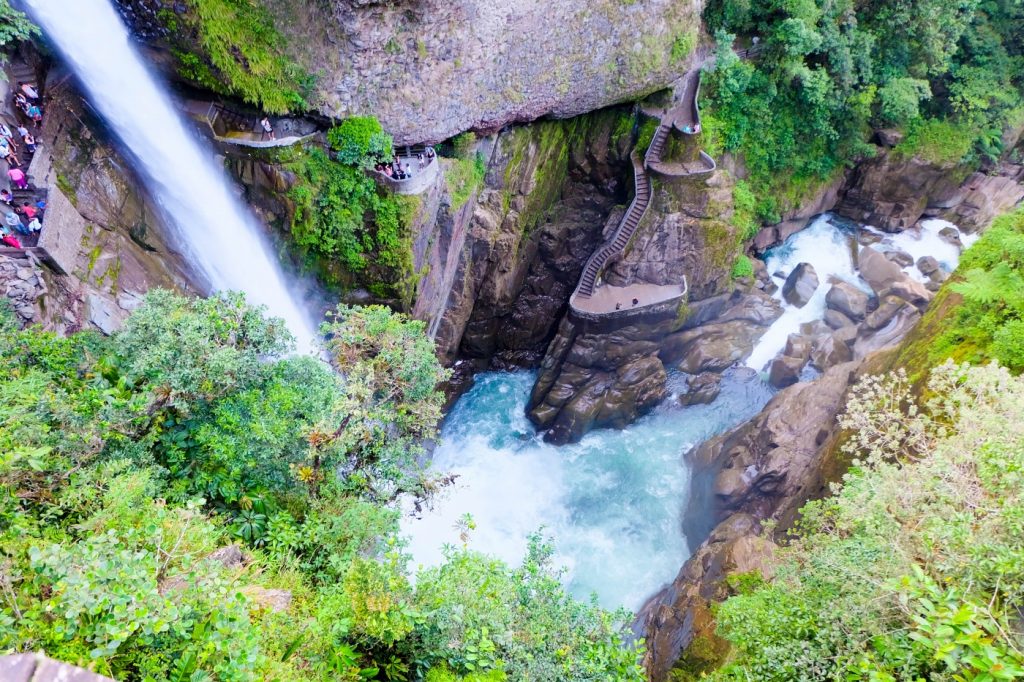 After leaving the waterfalls, it was time to celebrate this awesome bike ride, so I cracked a beer with two guys from Argentina I met at the waterfalls. We soaked up the last bits of daylight in Puyo before hitching a ride back to Baños with a truck full of other happy travelers. 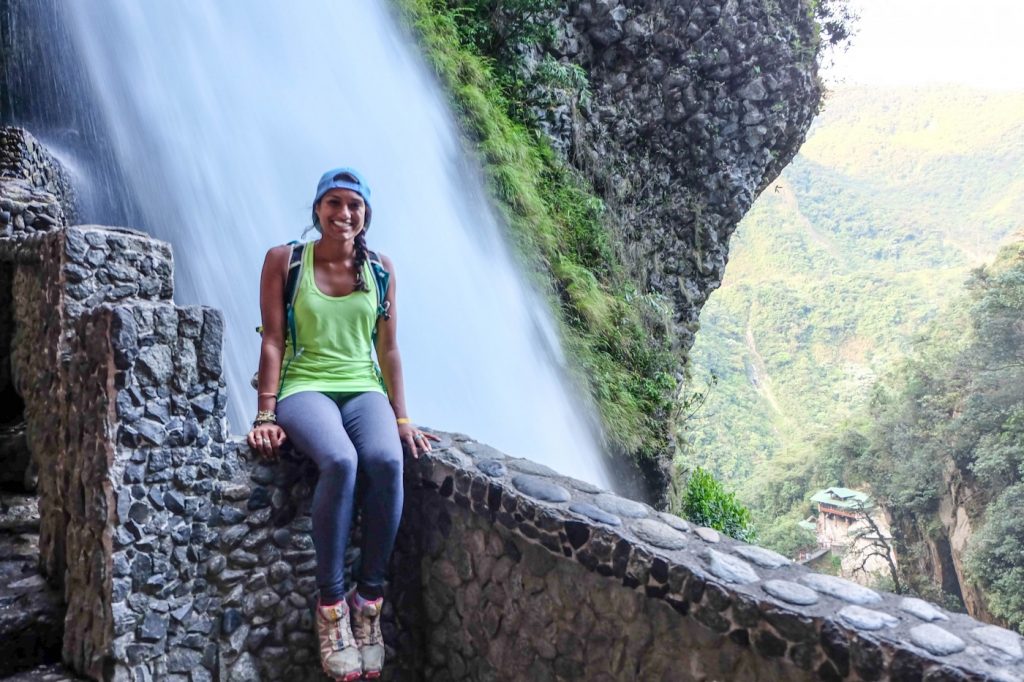 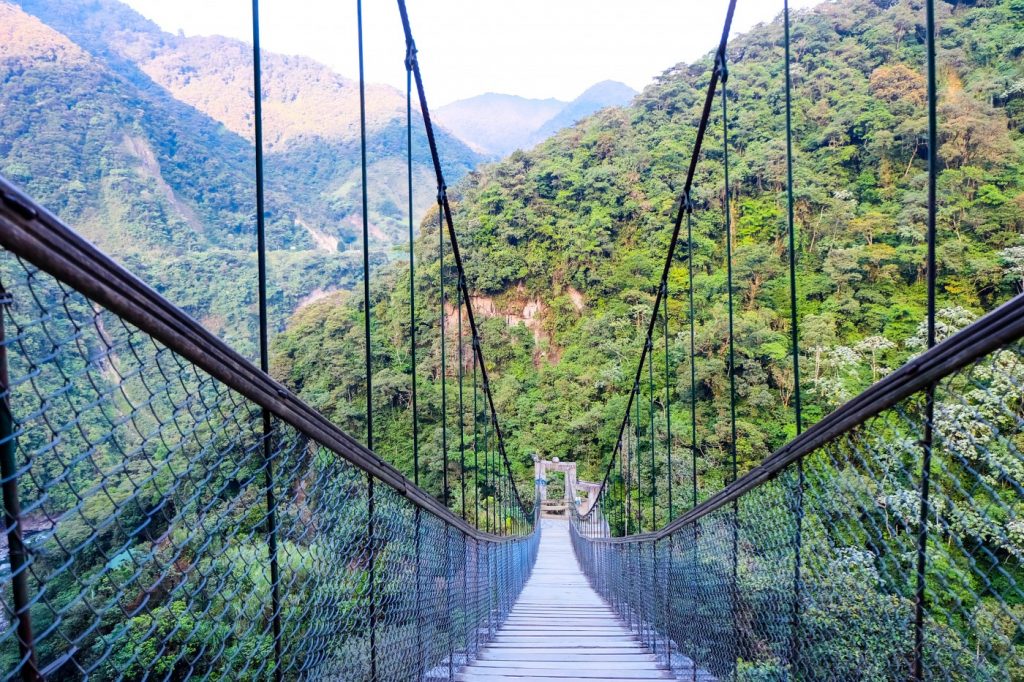 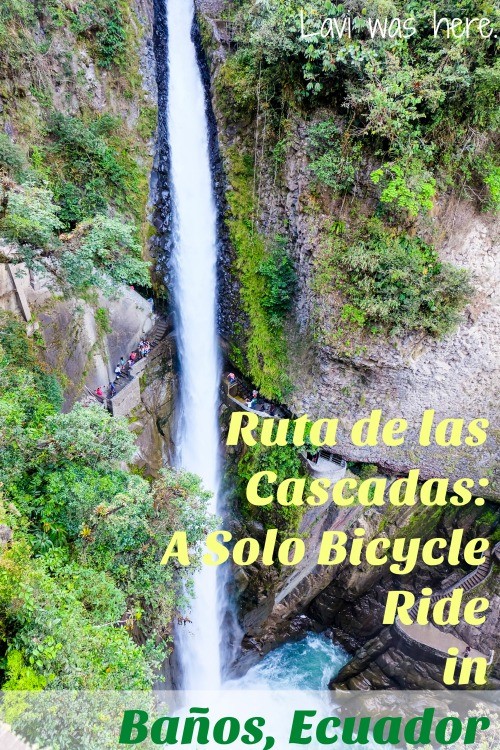