March. The earth is softening, and with spring comes new growth and life. Every spring, I come alive again and am awakened by a strong pull to explore. New seasons bring new perspectives on places and things we see every day. I’ve been looking up and around me in a different light mentally freezing these images in time.

Through my eyes, March was a month of exploration of both new and old places. Time is flying by and I’m still focused on trying to experience as much as I can while in Spain in addition to exploring other parts of Europe. I’m not sure yet when I’ll return to Europe so I want to see everything I can while I’m here! Here’s what March looked like through my eyes:

My first visit to an English-speaking country in six months, Edinburgh felt like stepping into a different world. It was straight out of Harry Potter, or out of an Ivy League university brochure! I loved Edinburgh despite its brisk, windy weather that nearly blew me away when I hiked to Arthur’s Seat to see the view of the city.

Once I had my feet planted safely on the ground, I was lucky enough to visit with a friend I met traveling who recently moved to Edinburgh, photograph the sharp, beautiful architecture, and indulge in the local pork sandwiches and toffee.

I was beyond excited about my brother and sister-in-law visiting for a few days. Although we hadn’t seen each other since July, It was as if no time had passed. The evolution of technology is so fantastic in this way; we are never too far apart.

The highlight was most definitely taking my brother and sister-in-law to a Real Madrid football match. Although they lost, I was happy just seeing how excited my brother was to be there in the height of all the excitement and chaos. 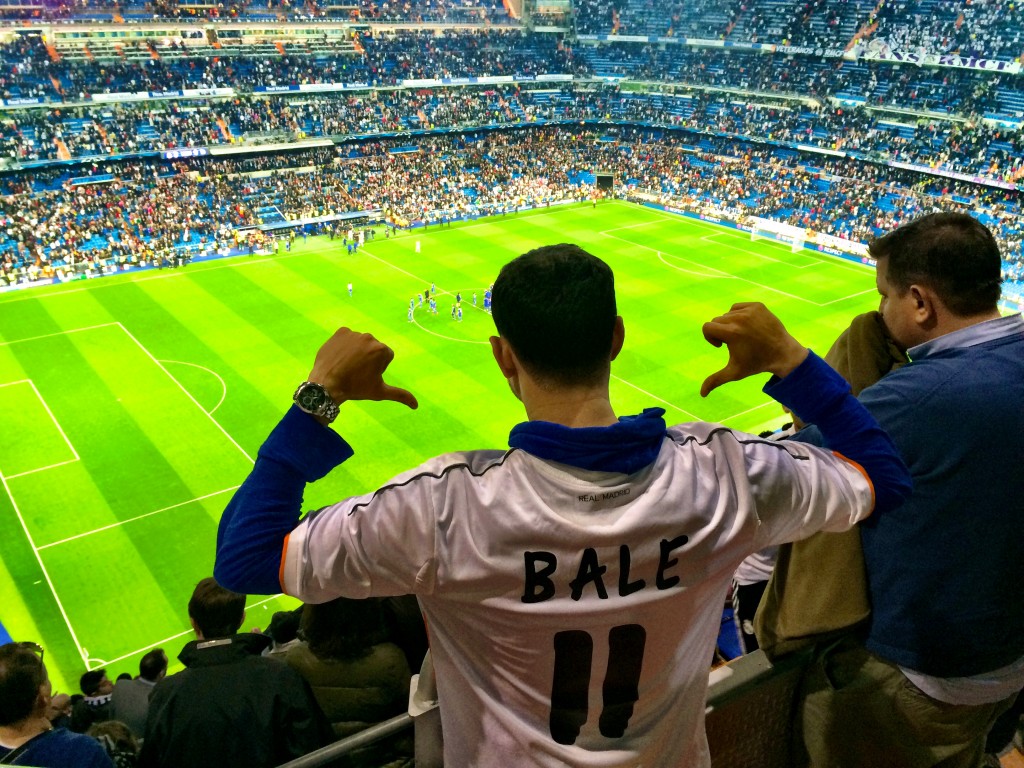 Aside from sightseeing, we frequented some of my favorite spots, such as Retiro Park, Chirrión for Taco Thursdays (best tacos in Madrid!), Museo del Jamón and Mercado de San Miguel. We even went salsa dancing! I also brought them to my primary school so they could see the cute little faces I put up with every day. My students are very animated, so they didn’t hesitate to “ooh” and “aah” at every answer to their nonstop questions.

It was really special for me to show my brother and sister-in-law my life here, which is much different from the busy, work-driven life I was living back in New York City. I am much happier now, and I wanted them to know that this whole thing – quitting my job, traveling, and moving to Spain – was all worth it.

March was a month for trying new things. I went bouldering (rock climbing without ropes) in the hills of El Escorial, a small town about an hour northwest of Madrid. My friend’s cousin, who is an avid climber, was in town and they were planning to go, so I jumped at the chance to give it a try.

Climbing is really difficult. And scary. I used muscles I didn’t even know I had to ascend and pull myself up the boulders. It also requires a lot of thinking; I had to remind myself not to let go of the boulder while calculating my next move. 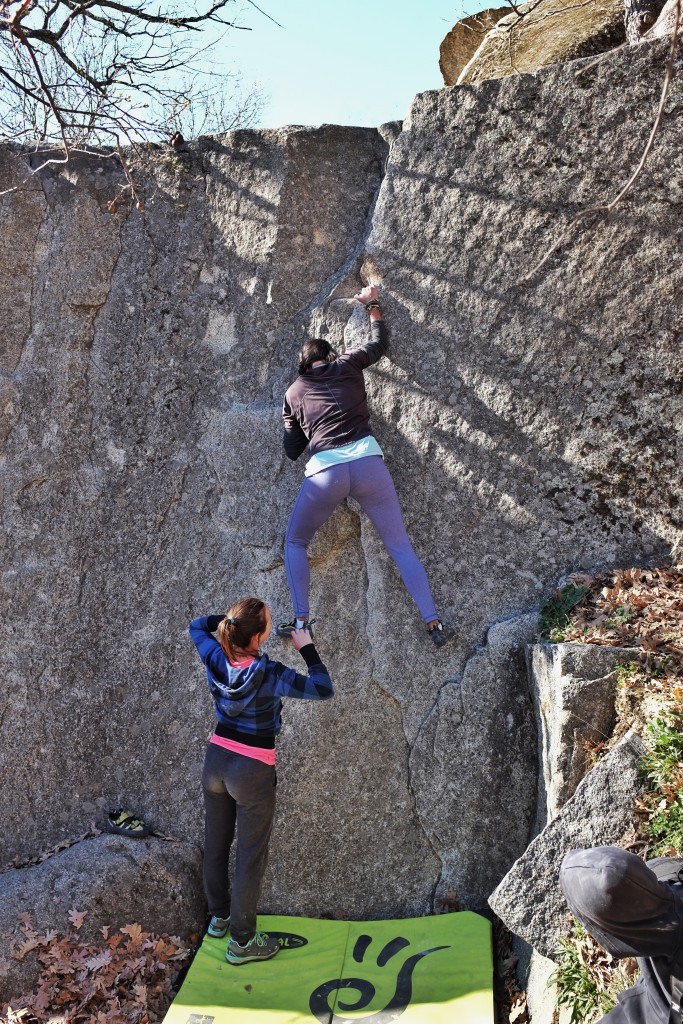 There were a few moments in which I was frozen by the fear that the next handhold would be too far and I would lose my balance and fall to the ground. Granted, I wasn’t too high up, only about 15 feet in the air with spotters below me, but I had to work through my fear to reach the top. In the end, it was such a fun and rewarding experience, both physically and mentally.

The following weekend, I went to a climbing gym and had a lot of fun attempting different routes. It resulted in my entire body aching to my core for days afterward, but it was worth it. I really want to continue learning about this sport!

Well, I finally enrolled in a Spanish class. This is 6 months too late already, but it had to be done. Although I could understand and speak some Spanish before moving to Madrid, I’ve always been a little embarrassed to speak because my grammar isn’t good. I thought it would be easy to learn; I mean, I live in Spain, how hard could it be?

You’d be surprised, actually. Living with a few Spaniards but mostly other extranjeros (foreigners), I inevitably speak mostly English at home. Also, it’s not as easy to make new Spanish friends. I have learned a lot from my intercambios (language exchanges), but I still decided that I couldn’t leave Spain without significantly increasing my Spanish comprehension and speaking.

I love Spanish class! It’s nice to have 3 hours a week dedicated to only speaking Spanish. I also think I’m learning a thing or two!

It’s already April, and if you’ve taken a look at my Instagram lately, you already know that I went to Morocco over Semana Santa (Easter holidays). It was one of the most exciting travel experiences I’ve had in a long time and I can’t wait to share my adventures with you!

I’m headed to Gran Canaria, one of the Canary Islands in Spain over my 27th birthday weekend. The photos of Gran Canaria I’ve seen are incredible – I can’t wait to explore it for myself! It’s got beaches, sand dunes, and national parks. I think it will be unlike any place I’ve ever been to in Spain and I just can’t wait.

At the end of April, I’m headed to TBEX Costa Brava, a conference for travel bloggers to learn and network with travel industry professionals. I’ve been blogging for a year now, but I’m still a newbie and have so much to learn, so I’m excited that this opportunity popped up in Spain of all places in the world, but I’m also very nervous!

As always, thanks for reading! Lots of exciting things are happening – I hope you’ll stay tuned!