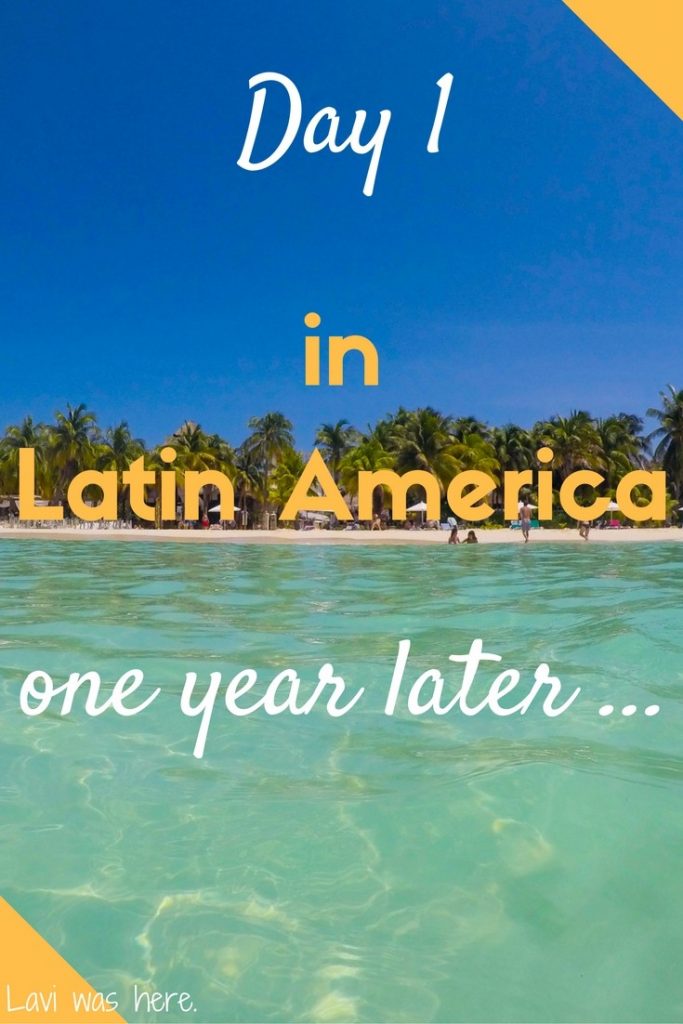 It was September 1, 2015. Exactly one year ago I touched down in Cancún for what would be the adventure of a lifetime. Almost 9 months backpacking in Central and South America. It’s surreal – has it really been one year?

Granted I returned to the US in May, I’ve come such a long way since September 1, 2015. What if I were given the chance to do it over again, would I do it the same way?

This is a question I’ve asked myself many times. 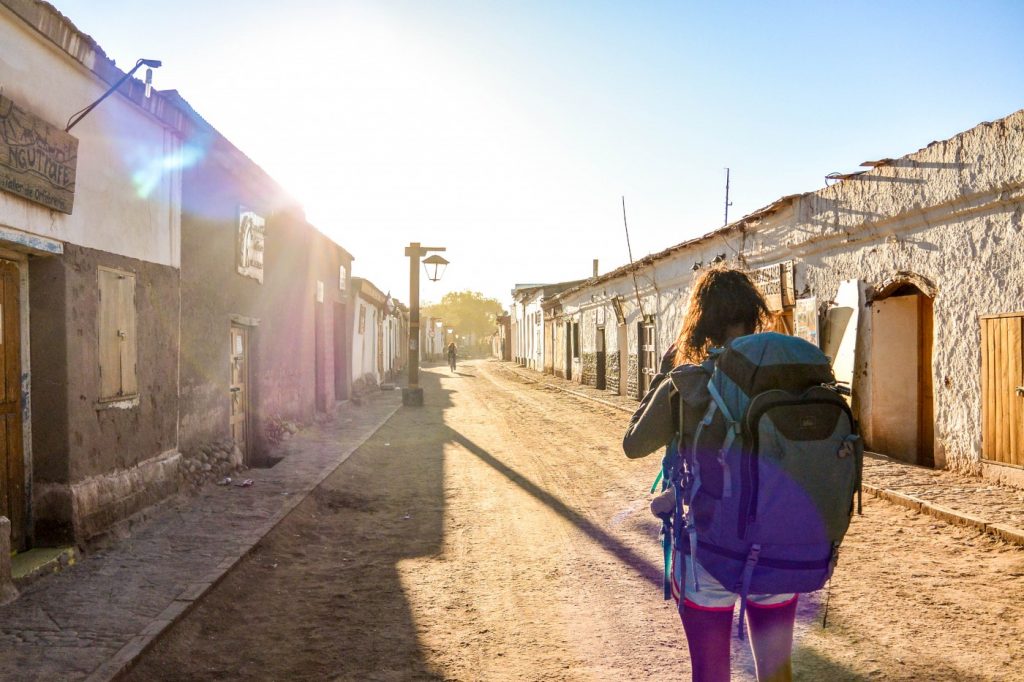 I recently read Maybe in Another Life

, a girly novel in which the main character returns to LA after a stint in New York and wants to begin a new chapter in her life. At the end of her first night, she has two choices: either stay out with her ex-boyfriend or go home with her best friend. The chapters alternate and tell the story of what would have happened if she chose either route. These choices brought two different stories of happiness along with pain and sadness.

A theory is discussed in the book: what if with each decision we make, there’s another version of us in another universe that picked the other choice. There could be an entirely different story of our lives being played out in another universe.

I know it sounds kind of silly, but it got me thinking about the decisions I made on this trip. I’ve lived a lifetime in this one year, my 28th year of life, and most it in Latin America. Maybe I would change a few things like not traveling with someone who didn’t make me happy, though it did lead me to spending months with people who made me so happy. So I wouldn’t even change that. Maybe the “goodbyes” were difficult but those relationships were worth it. Maybe I shouldn’t have skipped out on some South America hotspots, but if I’d gone, maybe I wouldn’t have visited some of the places I did go to. So many maybes. 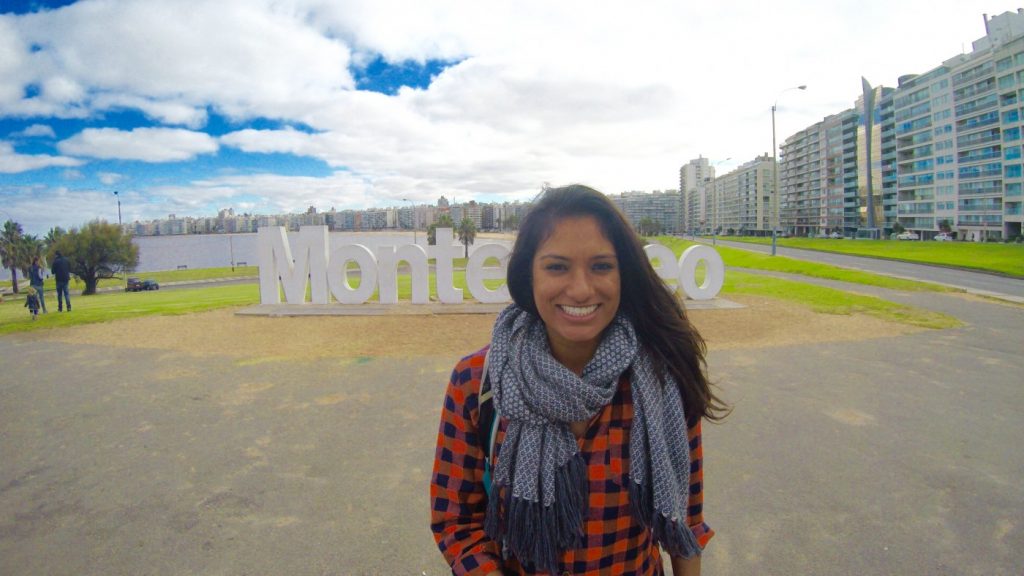 I’ve written about this a few times but it’s difficult to explain how much this trip meant to me and changed me. I can’t imagine who I would be if I didn’t take off from Connecticut with my backpack, passport, and vague idea of what I wanted to do once I landed in Mexico.

I was lost when I got off the plane in Cancún. A month prior I’d mentally prepared to start this trip with a travel partner. On Day 1 I was standing and waiting for my bus to the city center, alone. Traveling alone turned into reuniting with that travel partner, splitting up again, traveling with people I completely didn’t expect to continue with, meeting travelers who have now become my best friends, and traveling alone again. 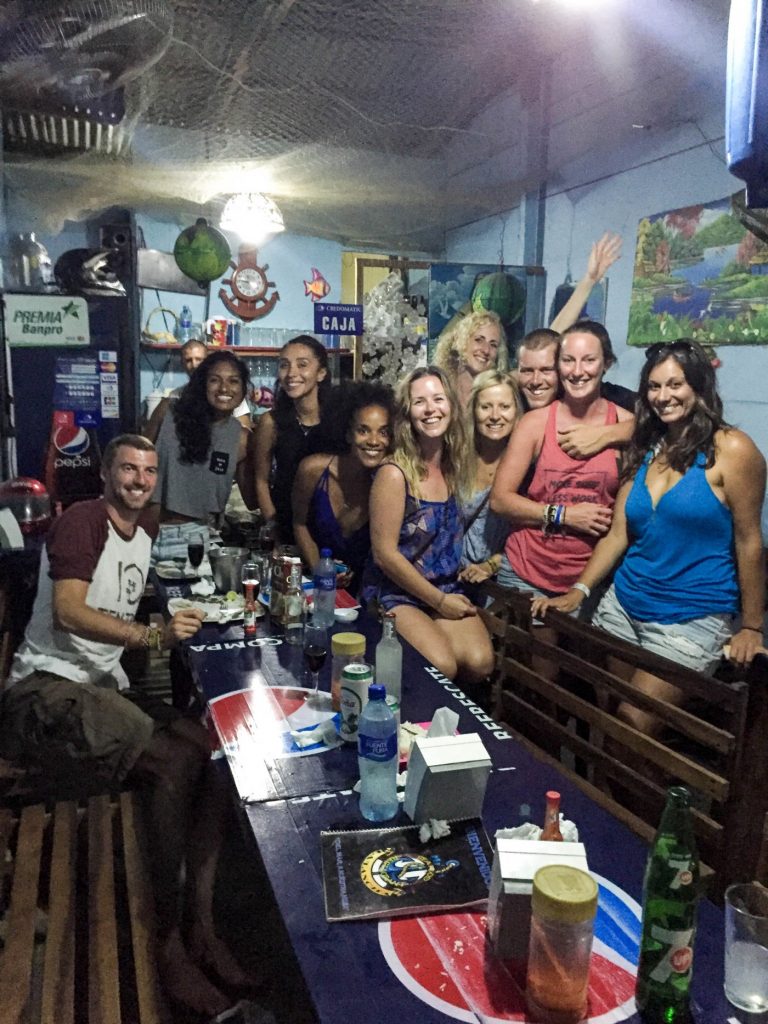 My vague plans evolved into a journey to Ushuaia, “The End of the World”. Some of it worked out as planned, a lot of it didn’t, and most of it was more meaningful than I ever thought it would be. My vague plans evolved into my life. Now that I’m back in the US, it’s not uncommon for my sentences to begin with something like, “I was sitting in a café in Cartagena when…” or, “I also love chocolate! When I went to this chocolate making class in Cusco…” I worry that it makes me sound like a travel snob, but it really it was just my life. 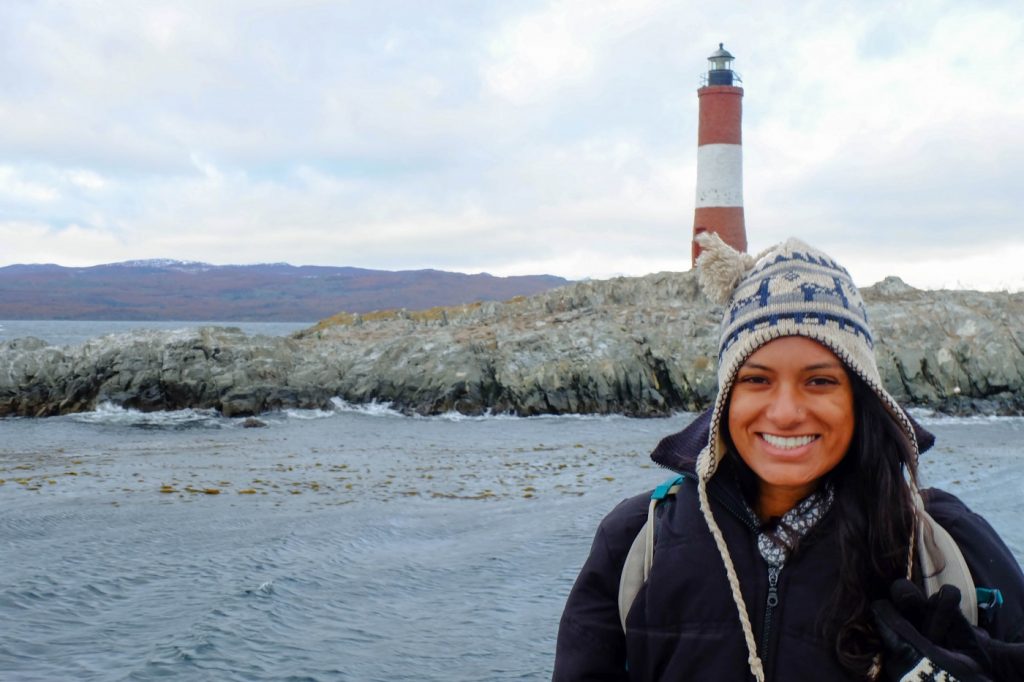 As I’m writing this, I look down at my hands and panic for a second; I don’t see the bracelet I bought at the salt flats in Bolivia. My sentimental sadness subsides when I realize that it’s just loosened and is hidden beneath my long sleeves. This is one of those moments in which I realize how much the memories really mean to me. Although the bracelet is just a material object, it’s the memories behind it that give me that faraway look in my eyes, transporting me back to South America, if only for a moment to relive a memory. 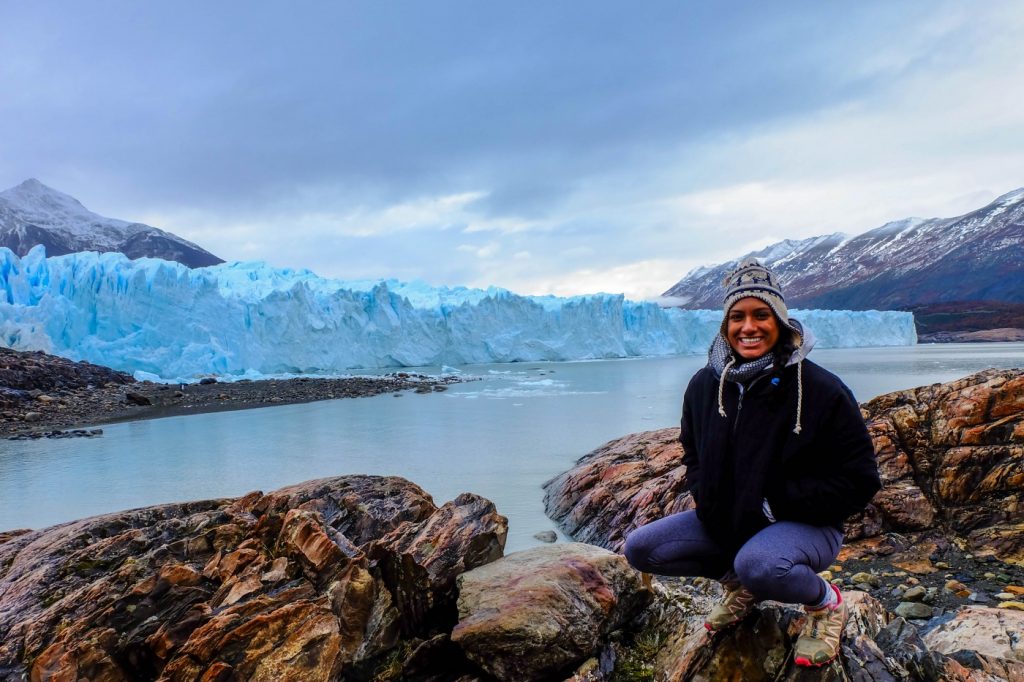 Now that I’m back, I feel strangely uncomfortable when sleeping in a room that’s not a dorm without other travelers. My ears perk up every time I hear someone speaking Spanish and I jump at the chance to chime whenever I can. I even respond happily to catcalls in Spanish in my neighborhood in San Francisco. Now that’s weird.

The air in my lungs still escapes me and my heart still hurts when I’m reminded of some of the sweetest memories. That first “hello” that led to adrenaline-fueled adventures volcano boarding in León or underwater escapes in the Galápagos Islands…I’d do it all over again if I could. 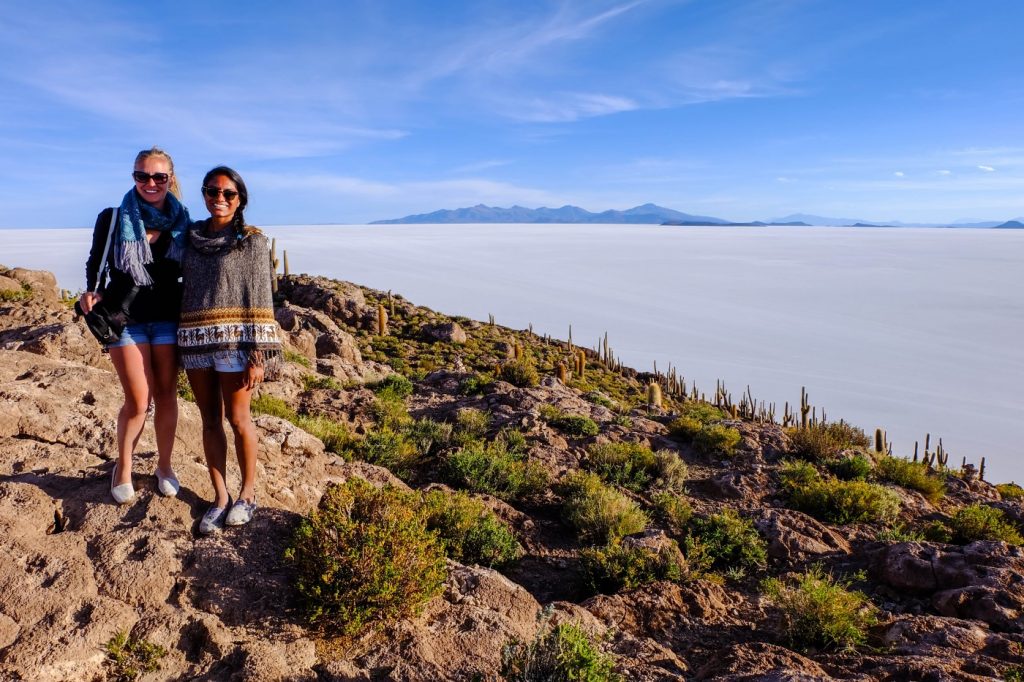 This was also the most emotionally exhausting trip I’ve ever been on. The highs were high and the lows were low. The lows weren’t because I was homesick or didn’t enjoy traveling solo, but because I was more emotionally open than I probably ever have been. When I was experiencing amazing new things with new people I adore, it was incredible. It was also tough to stick to the unwritten rule of not getting attached to people or places while traveling long-term. It was both a good and a bad thing and certainly has made adjusting to life off the road more difficult. 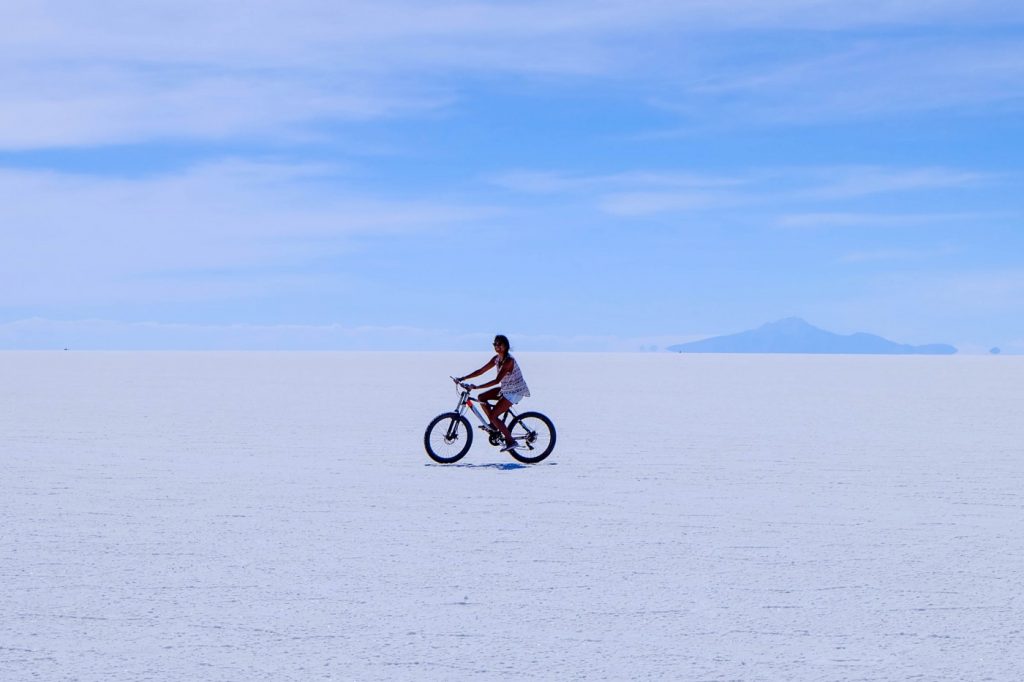 Sometimes it surprises me how much I am still affected by my trip. I crave the sun in the Bolivian salt flats, the Guatemalan volcanoes, those clean waves in Nicaragua, and the crisp breeze coming off the snowy mountains and glaciers in Patagonia. There’s absolutely nothing like being in a foreign place and feeling like you belong.

My trip through Latin America was incredible. As I catch up on telling the stories of my trip, I realize it really was an adventure of a lifetime, but I hope it’s not the last big adventure of my lifetime. The truth? That’s my biggest fear. Maybe there’s another Lavi in another universe still carting around a backpack around in a place that resembles Latin America. I might not physically be there, but pieces of my heart and soul are certainly still somewhere between the mountains, the desert, and ocean in Latin America. 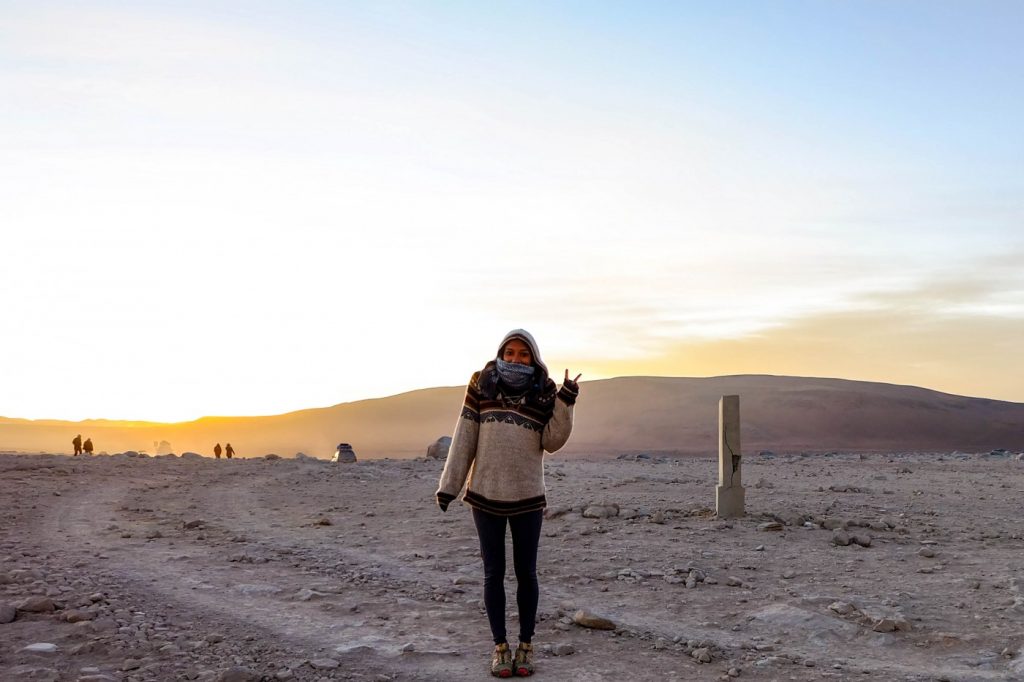 Here’s a video of my 9-month Latin America adventure: