July. The last month of this whirlwind of a Spanish life I’ve lived for nearly one year. As I look back at my past Through My Eyes monthly roundups, I notice that I was always anticipating the end of my time in Spain. Now, I can’t believe that point in time has come and gone so quickly. 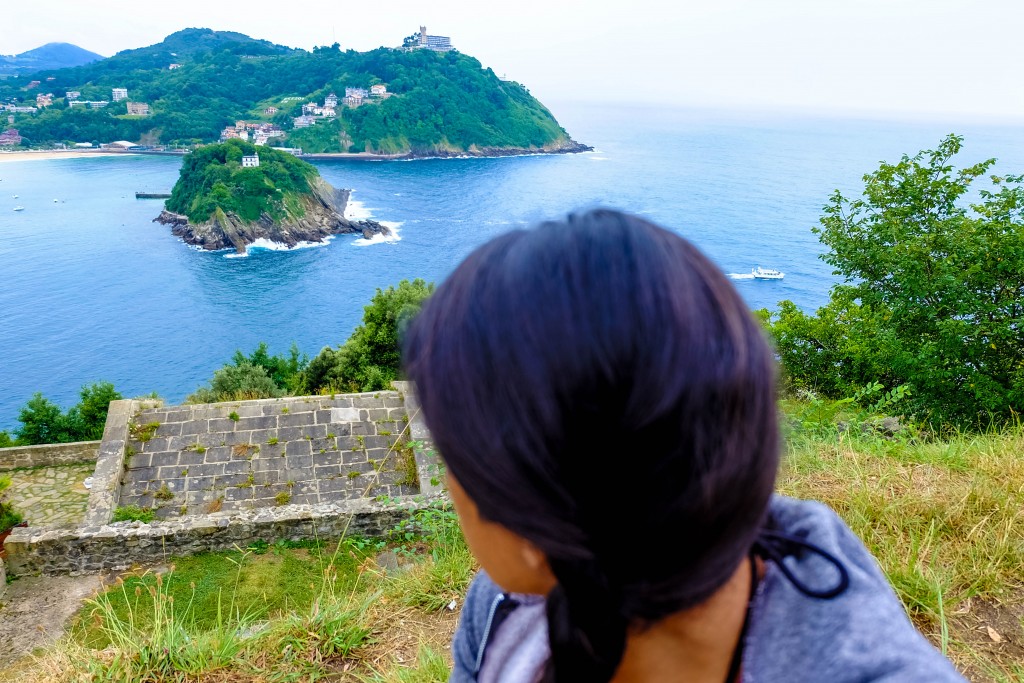 This month started off with “goodbyes”, and ended with “hellos”. Here’s what July looked like through my eyes:

After spending part of my summer swimming around in the Mediterranean of Croatia and Turkey, I was very happy to get my feet wet in Malta this summer. 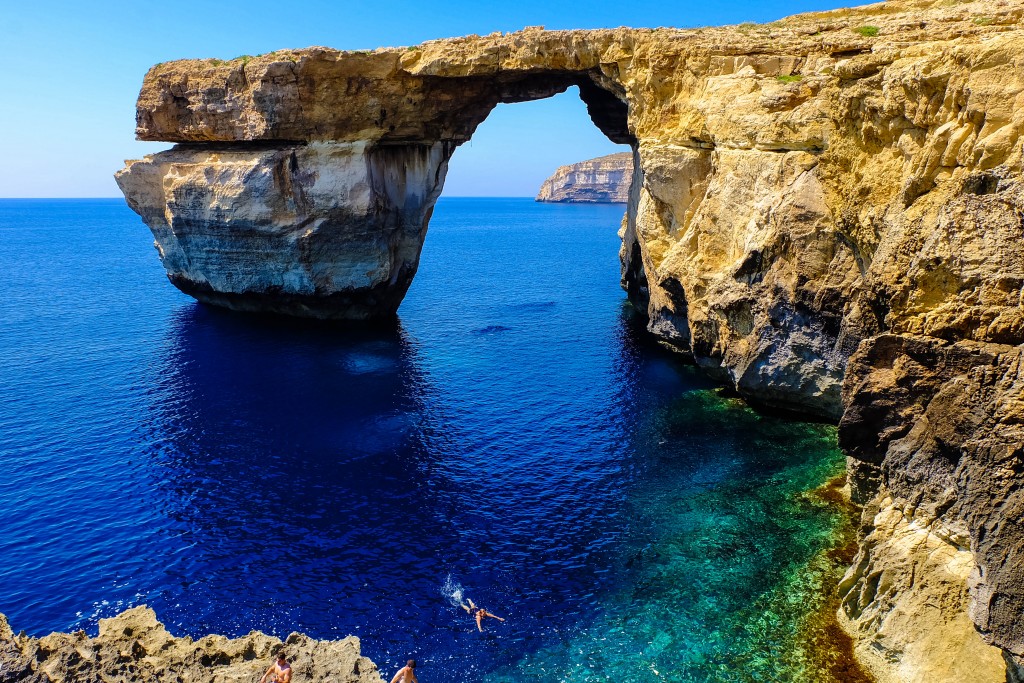 Gozo, Malta Island’s smaller sister island, had been high on my list of places to go for a long time. Exploring Gozo by scooter was a blast, and swimming in the water beneath the Azure Window was a dream come true.

Malta Island proved to have unbelievable sunsets and perfect swimming holes. The cities and villages in Malta consist of sand-colored buildings, but the water surrounding them is the most alluring color of blue-green. I was so excited to finally conquer this little group of islands. 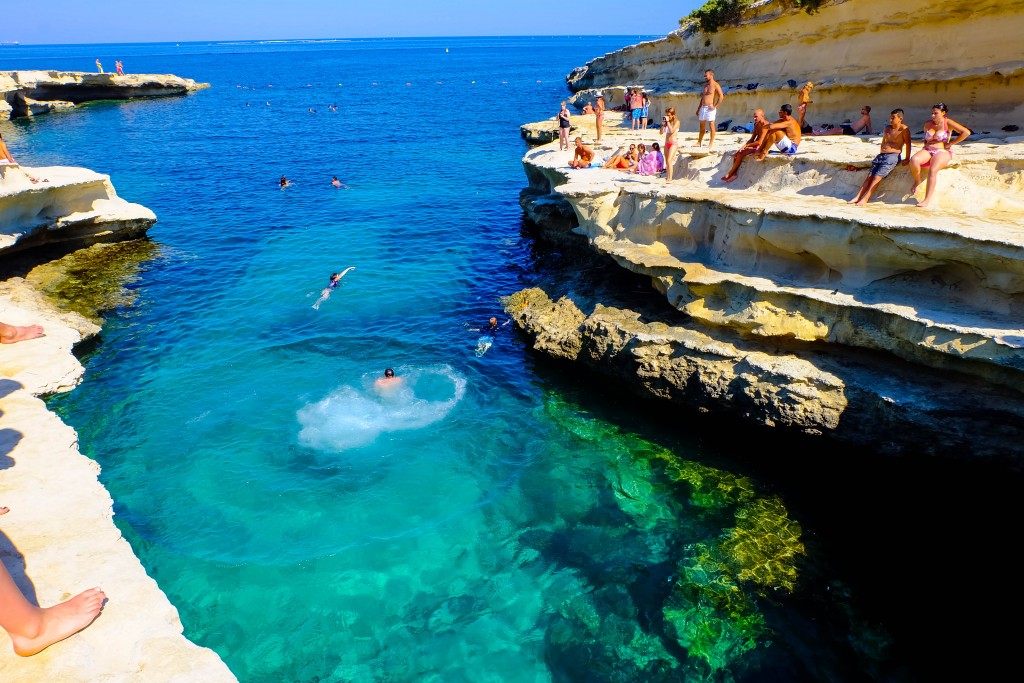 One last hurrah at San Fermin

Seeing the running of the bulls was high on my bucket list of experiences to have in Spain. I even changed my flight back to the US so that I could stay in Spain a little longer and partake in the festivities. I mean, I couldn’t have lived in this country all year just to leave without seeing one of the most popular festivals in the world!

Pamplona was insane. People flooded the streets. The day before the first bull run, everyone was clad in white clothes with a red bandana and belt. Then there was a wine party. We all had our botas filled with wine and sangria, drinking some but shooting more at others as if they were water guns. It was by far one of the craziest and most fun parties I’ve ever been to.

Then I lost my phone. Or rather, it was stolen. It was my fault; I was sleeping in a tent in a public park and didn’t think about safely stashing my phone as I slept. Oddly enough, I didn’t lose my phone the night before when I slept under the stars in the park while it was empty! Anyway, it happened, I got over it. You live and you learn. 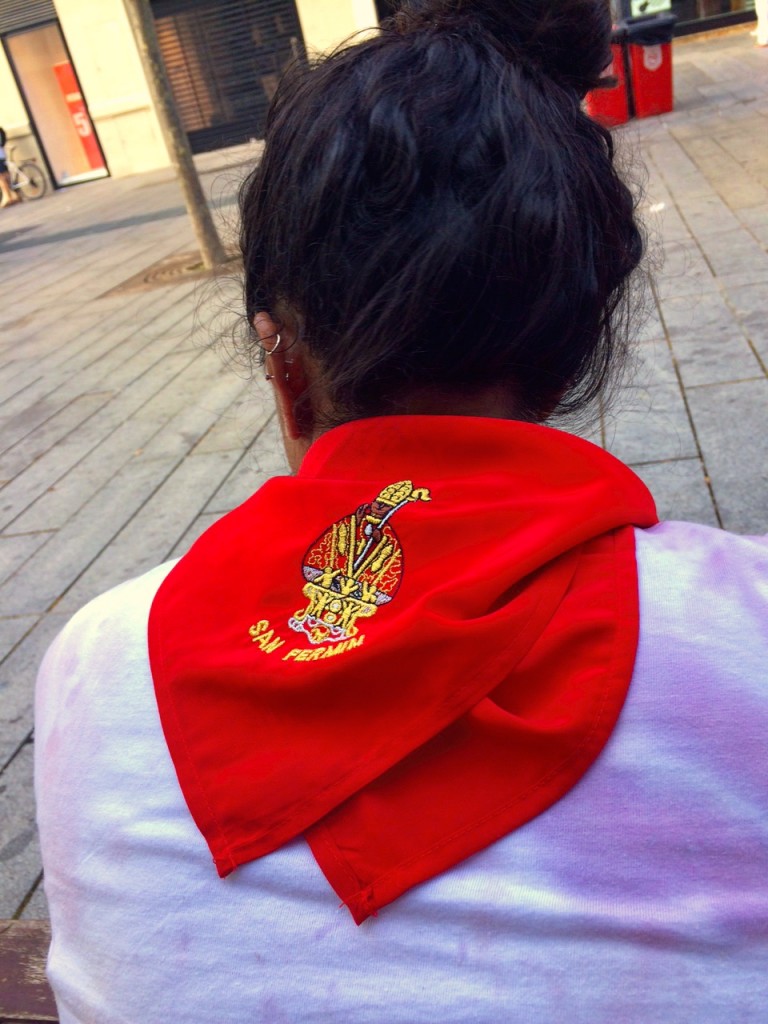 The bull run was over before I knew it, and soon I was saying goodbye to friends I’d spent the year with. It was the end of an era, the real end to my great European adventure.

The cure for my sadness was San Sebastián 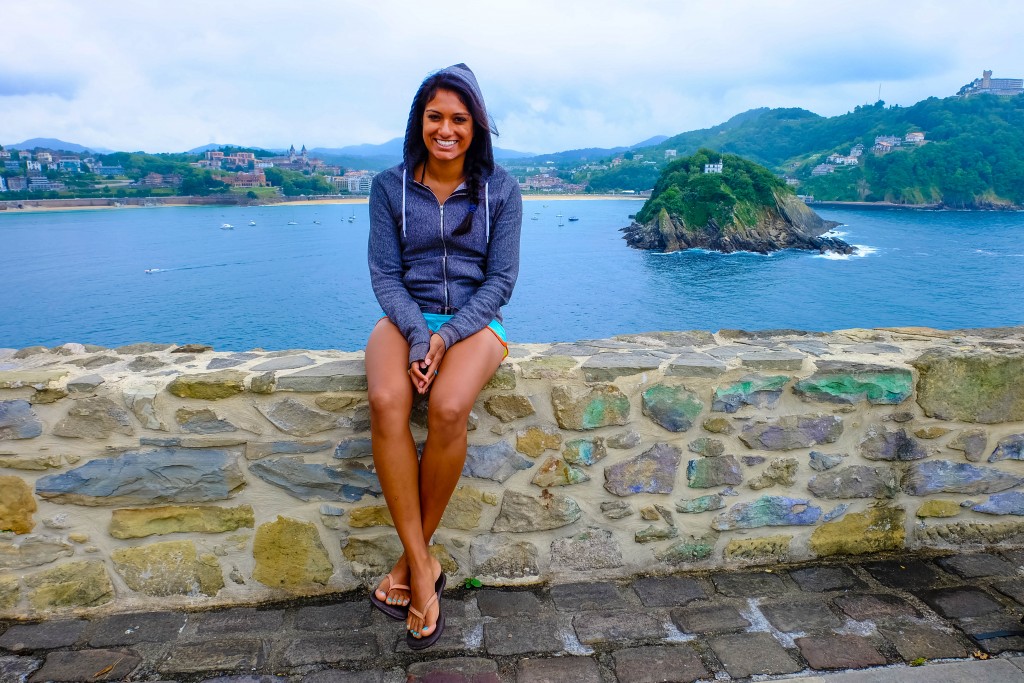 I arrived in San Sebastián phoneless, sad, and feeling lonelier than I had in a long time. 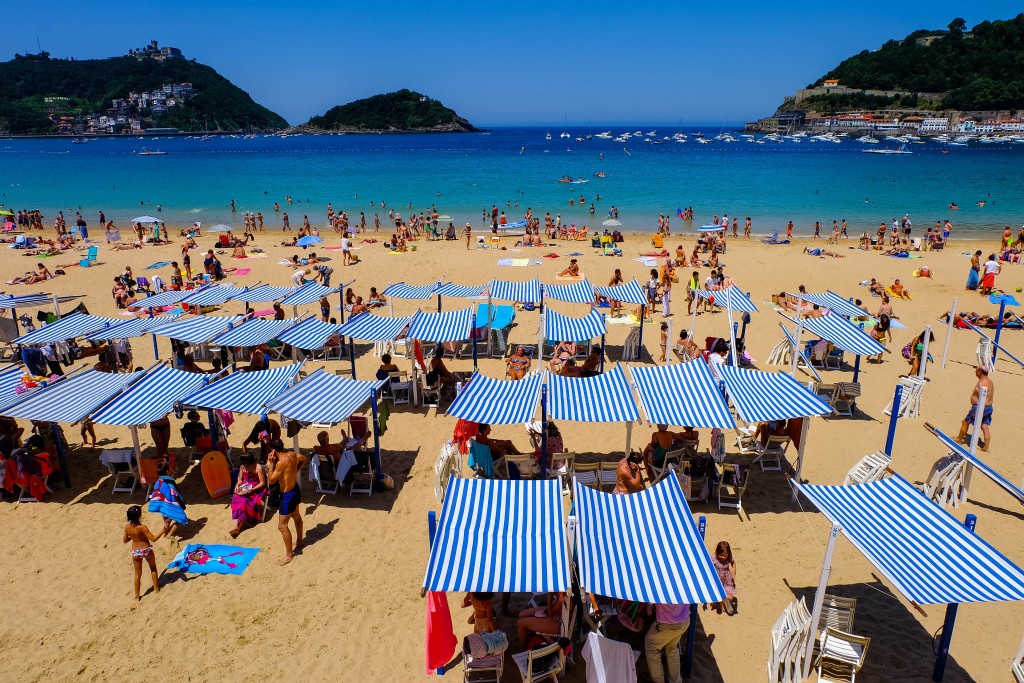 It turns out San Sebastían is the perfect remedy for all of that. The beaches were gorgeous, the pintxos (little snacks, usually served on bread) were delicious, and the kalimotxo (red wine mixed with cola) was flowing.

I hiked to the highest points in the city, lounged on the beach, and reflected on this amazing year. It was exactly what I needed. 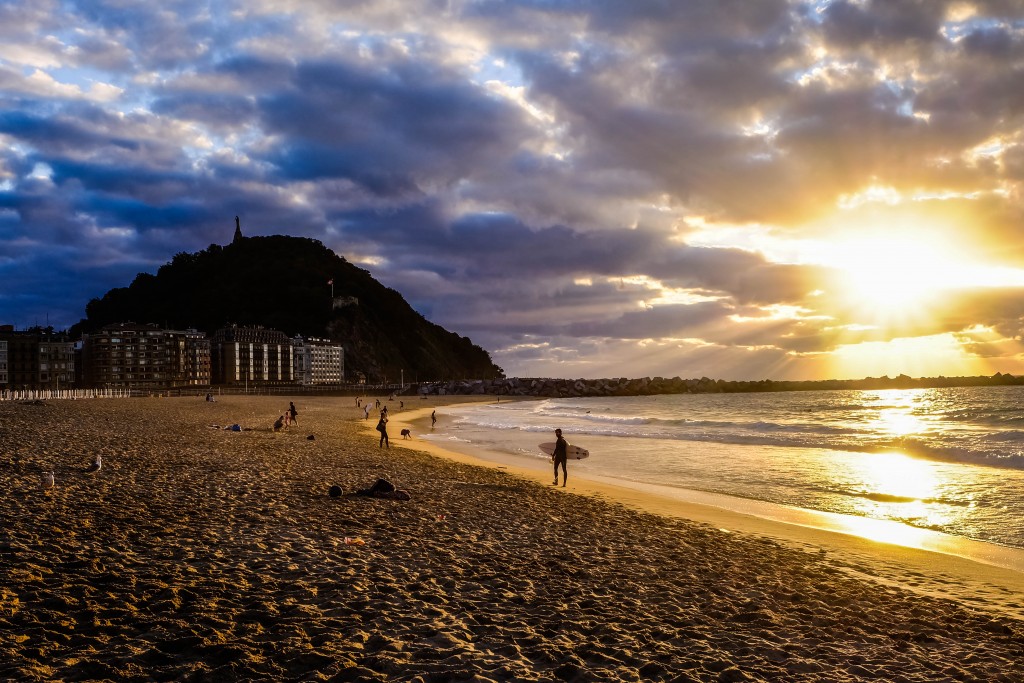 I realized there is no way to say goodbye to Spain. This may be the end of this chapter, but I refuse to believe I’ll never come back to Spain. There are more memories to be made. 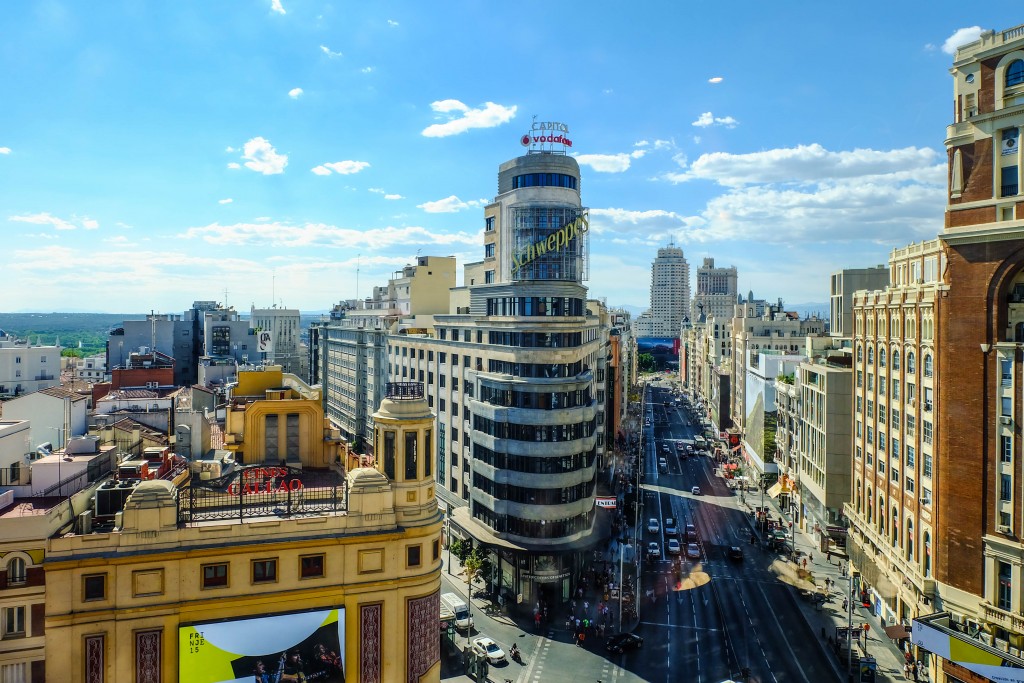 I spent my last few weeks in Spain hanging out in Madrid with friends, going to all my favorite places in the city one last time, and soaking up the Spanish sun. I swear the sky just isn’t as blue in America.

I was greeted by my parents in Boston with a balloon and flowers – how awesome is that?! 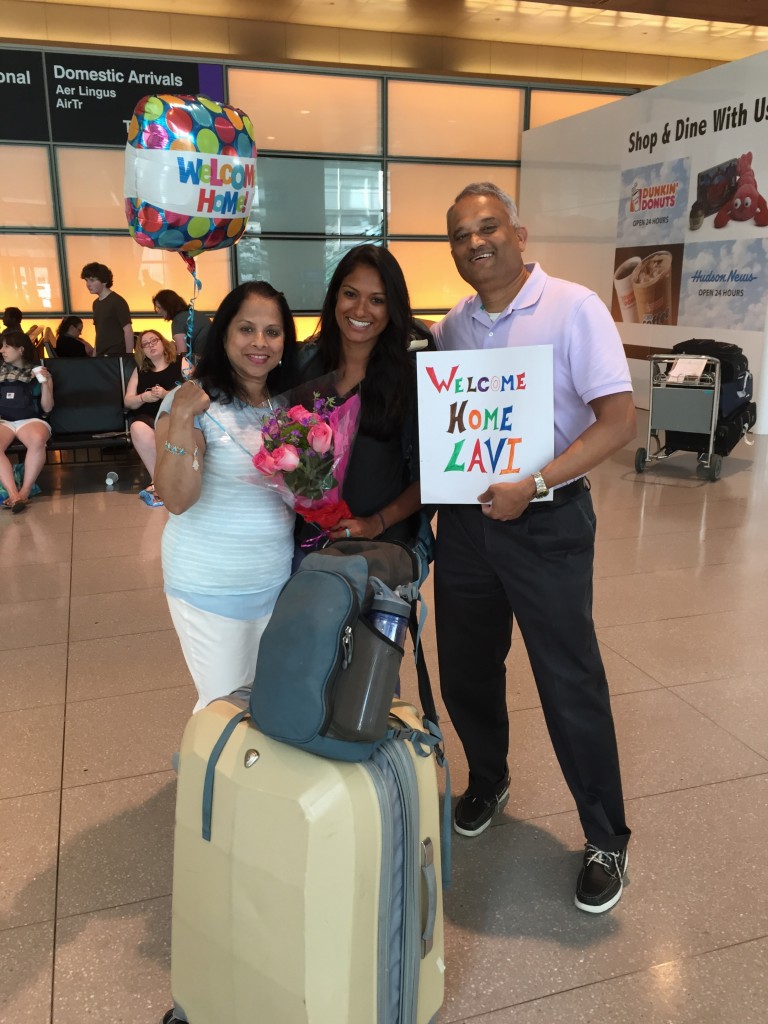 I’ve been in the US for over two weeks now and it’s been bittersweet. It’s so great to catch up with friends and family, but whenever I look at the time, I still find myself counting ahead to check the time in Madrid and thinking about what I would be doing if I were still there.

Eating and drinking my way through Portland

I went to Portland, Maine for a wedding, but couldn’t resist jumping on a culinary walking tour of the city’s historical Old Port district while I was there. 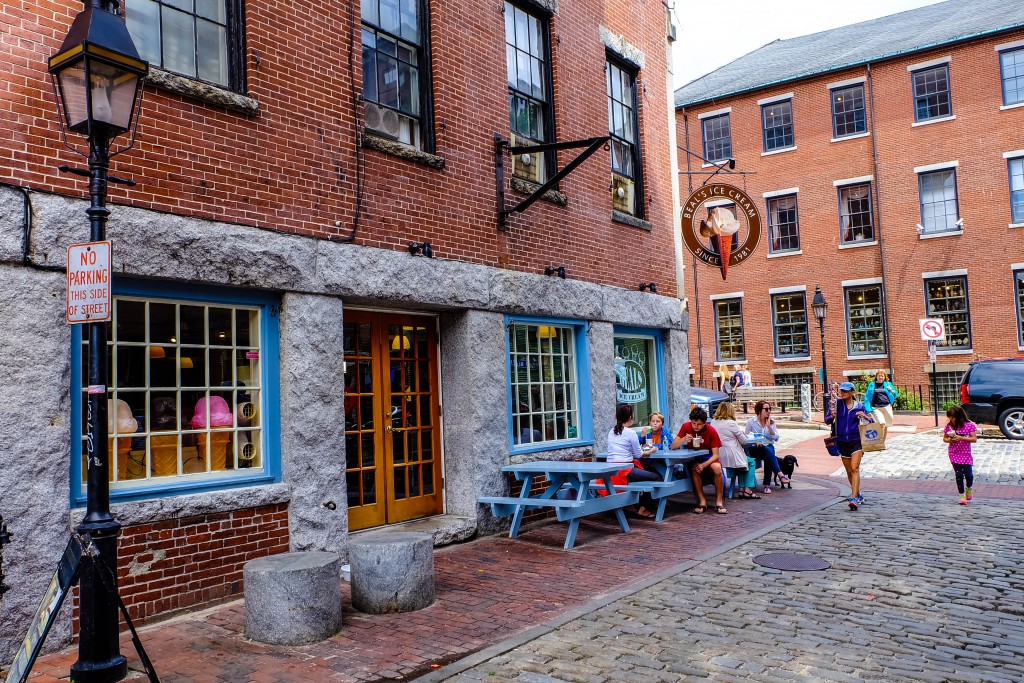 Portland is just so cool. Every street is lined with restaurants and bars and the scents that waft in the air are strong and delicious enough to make your mouth water. Lobster tacos, lobster rolls – what’s not to love? 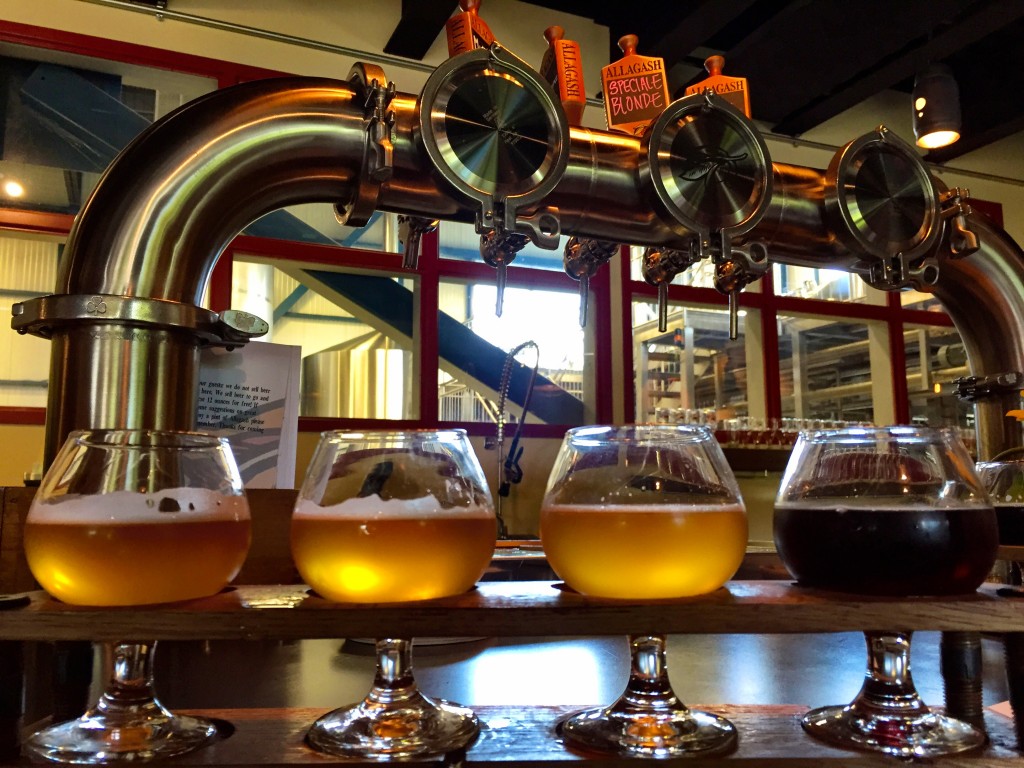 Portland also has a lot of one of my favorite things: craft beer. My BFF Natalia and I spent the better part of the afternoon tasting the beers at the Allagash, Foundation, and Bissell Brothers breweries. I couldn’t have asked for a better day!

I’m back in my hometown and it’s great to take a step back. My mind has been an emotional jungle for awhile now, since before leaving Spain because I was so said about leaving Spain and I still haven’t been able to find a clear way to get out of my own head. It’s been nearly impossible to actually sit down and write these past few months and I know my blog has taken a hit because of that. It’s been tough to process a complete thought, but I’m working my way back!

Things are changing rapidly; my upcoming trip to Central and South America that was supposed to be with a travel partner is starting to look more like a solo trip. I thought I had my trip loosely planned out, but traveling solo is much different than traveling with others. It’s time to reevaluate and focus on what I want my goals to be for this long-term trip.

I know where I’m going, but I have no idea where my journey will take me. Does that make sense?

If you have any Central and South America recommendations – I could use them! Send me your thoughts at lavi@laviwashere.com.

P.S. Curious about where my travels are heading? I am too! But you can subscribe and follow my journey every step of the way!