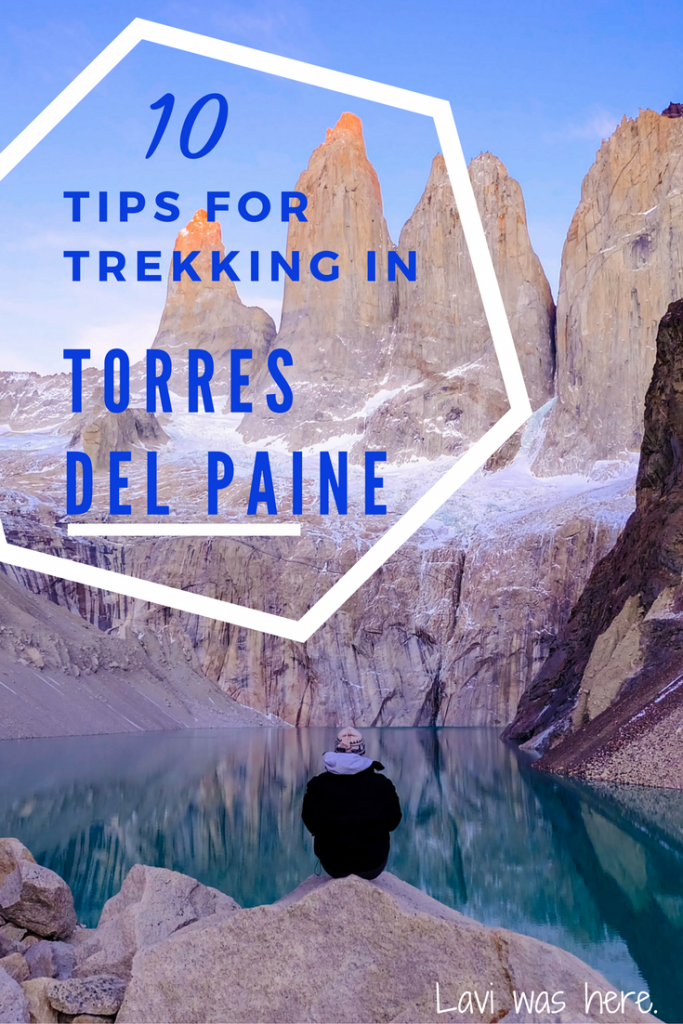 I didn’t know what I was getting myself into when I decided to trek in Torres del Paine. I looked at a group of girls with wide, doe eyes as they told me how difficult their experience was. Learning everything I needed to know just days before the trek was not the best way to prepare. Here are 10 pieces of key information and pro tips for trekking in Torres del Paine you need to know that I wish I knew earlier.

The shortest trek is the 4-night/5-day W circuit. Starting from either Paine Grande or the Las Torres Hotel, you’ll trek right through some of the most beautiful trails in Torres del Paine National Park.  Check out this post for more information about what to expect on the W trek. 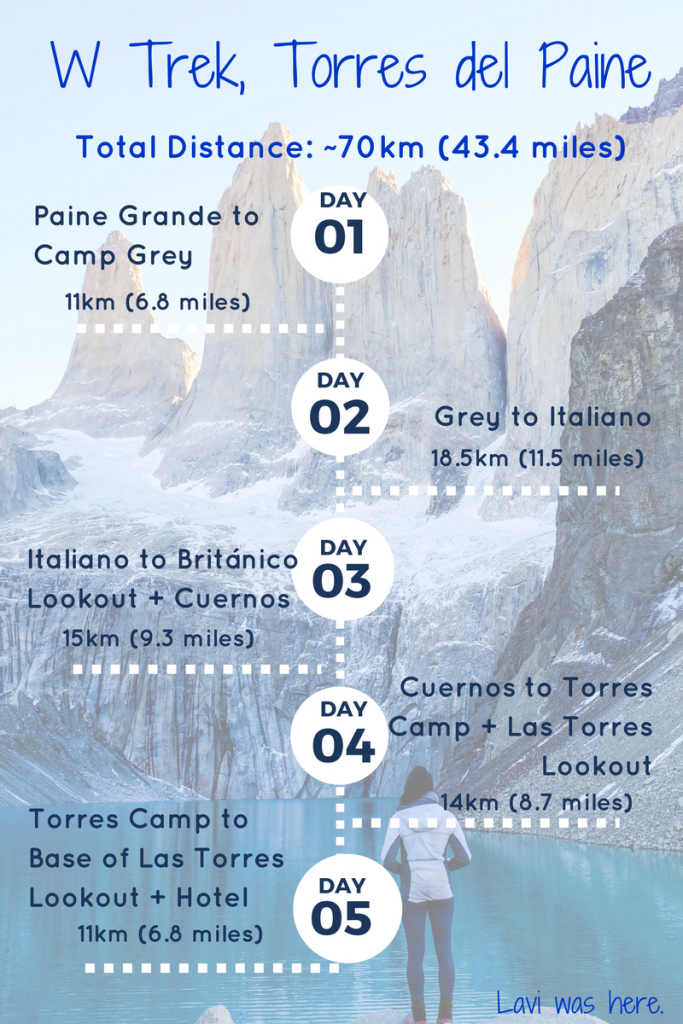 The 7-night/8-day O trek includes the full W trek and encompasses the northern side of Torres del Paine National Park.

The “full circuit” Q trek starts from near the Las Carretas camp and is the W an O combined for 9-nights/10-days. 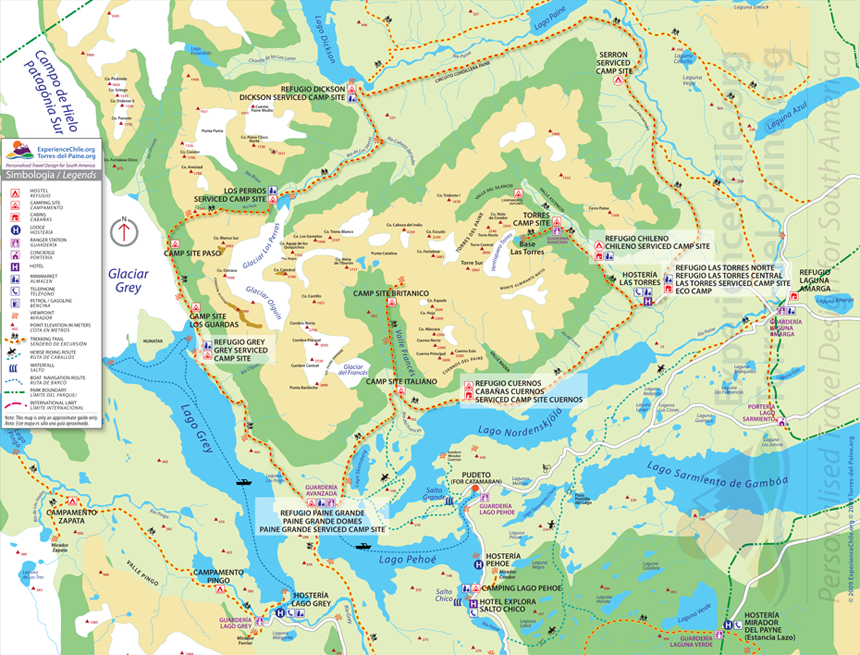 I was really happy with the W trek last April, but I also didn’t have the option to do either of the longer treks in full because different parts of the park were already closed for the season. Some did the tail of the Q, but the northern part of the part was already closed. Choose your circuit depending on what you want to see and your hiking ability. You can’t go wrong!

Direction: West to East or East to West? 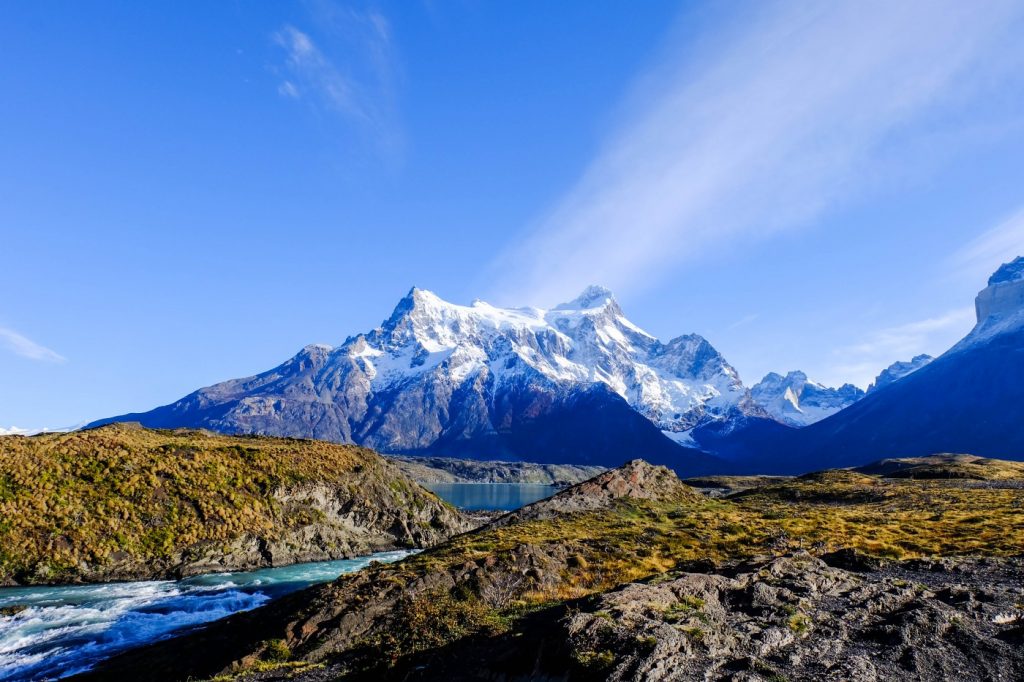 When it comes to the treks (specifically the O and W), the options are to either hike from East to West or West to East. Everyone has varying schools of thought on this. Some say you’ll have better views trekking in one direction versus another (to which I say you should look around in all directions while hiking to see the views), while others argue that one direction is easier than the other. I opted to trek West to East. Here’s why:

Where to Find Information about the Trek and Rent Equipment 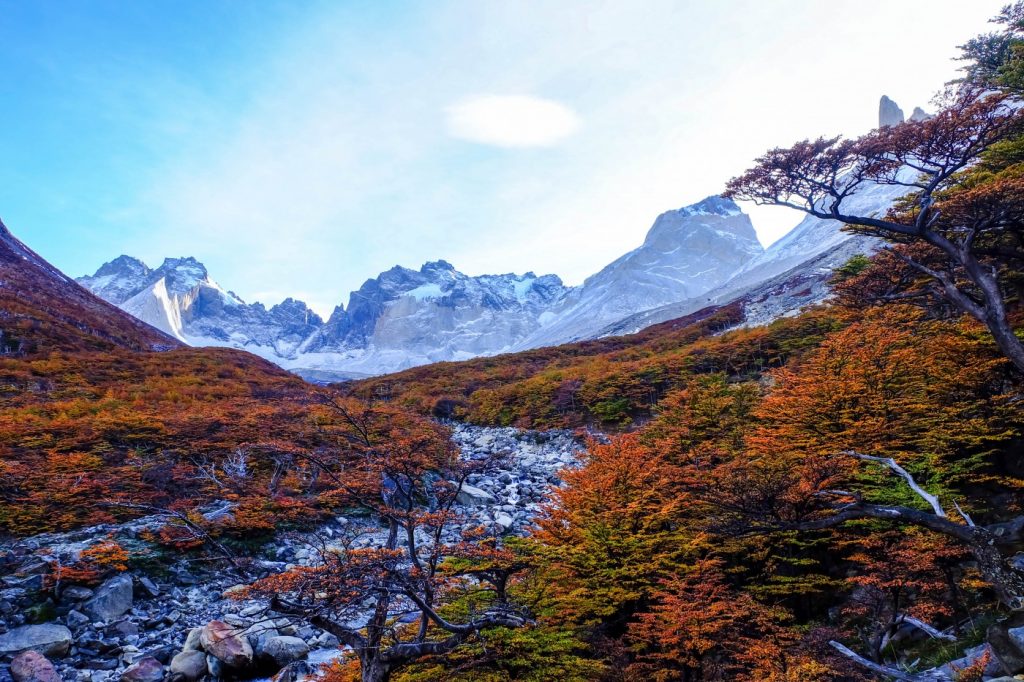 Base Camp is also your go-to place to rent trekking and camping gear. There are lots of other shops in town, but Base Camp has everything you’ll need and even has a free bin with items trekkers had left over after returning from the park. 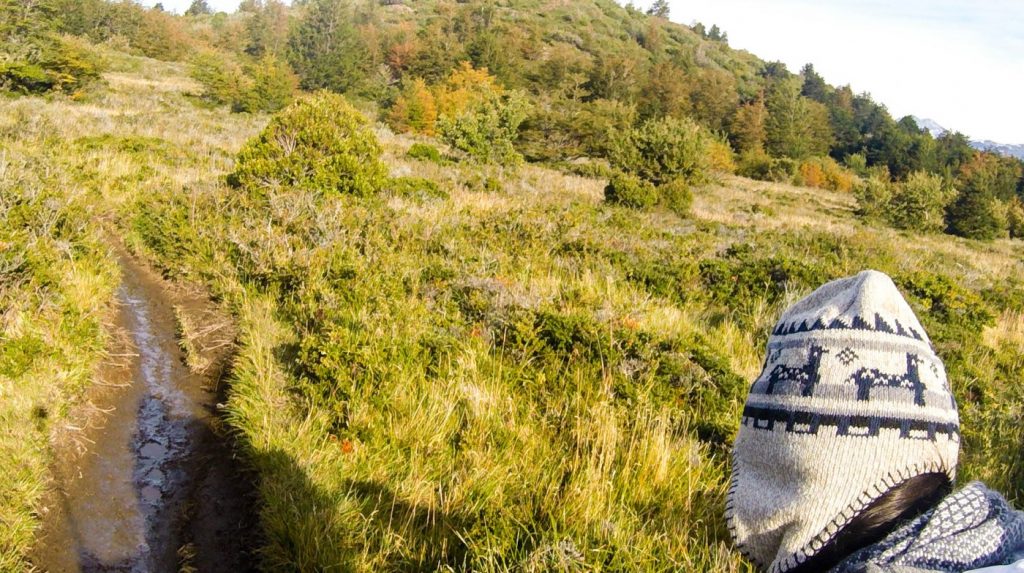 Depending on the time of year, the weather in Torres del Paine is unpredictable. I got lucky and experienced sunshine every day with only a few hours of rain one day on the W, but just a few days earlier other friends were trekking through snow and rain. The weather can also change in an instant. Prepare to face all the elements. You can experience all four seasons in one day when in Torres del Paine.

Refugios are the hostels or refuges on site in Torres del Paine. There are multiple refugios along the way but depending on the season, some might be closed. All of the refugios have campsites, but if the refugio is closed the campsite probably is, too. Keep this in mind as you map out how much you’ll be walking every day.

Staying in the refugio doesn’t come cheap. You could either book just a bed and bring your own sleeping bag or pay more for full board. Depending on the season, rates are as low as around $50 per night for just a bed to upwards of $350 for full cabins for two people. 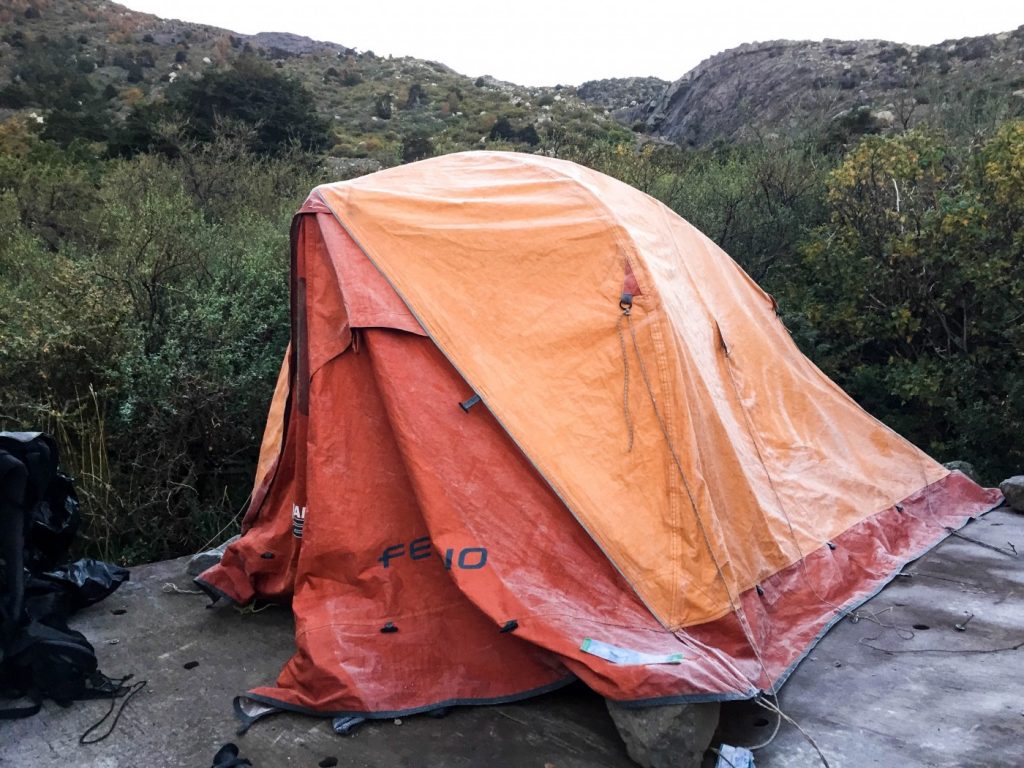 Reserving campsites was not an issue when I trekked in Torres del Paine, but I was recently told this season all trekkers must reserve their campsites in advance. If you’re camping on site at the refugio, you’ll be able to use kitchen facilities (a sink, bring your own stove) and the bathrooms. When camping at the regular campsites, sometimes you won’t even have access to a bathroom. Plan accordingly!

You can check rates for the campsites and refugios here:

It’s really important to pack well for this trek, especially if you’re venturing out solo. This is not The Hunger Games; items that you’ll need will not float down from the sky when you need them. You might be able to buy some items at the refugios, but everything is extremely overpriced in the park. This means packing only what you need and leaving the rest at your accommodation in Puerto Natales. 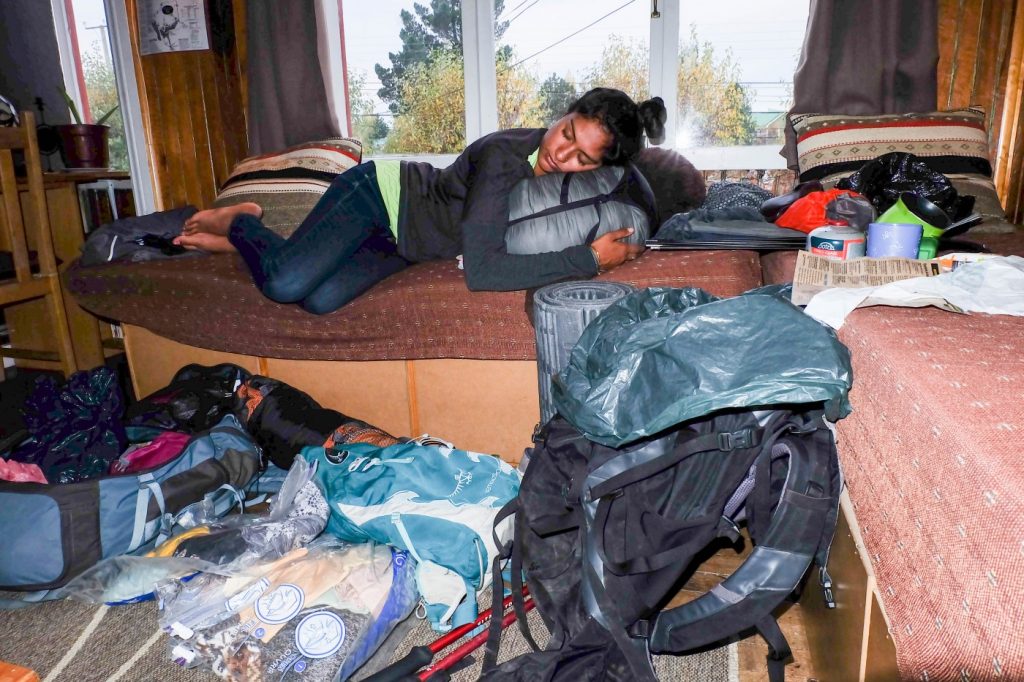 This is was my packing list excluding food and clothes (to be discussed later): 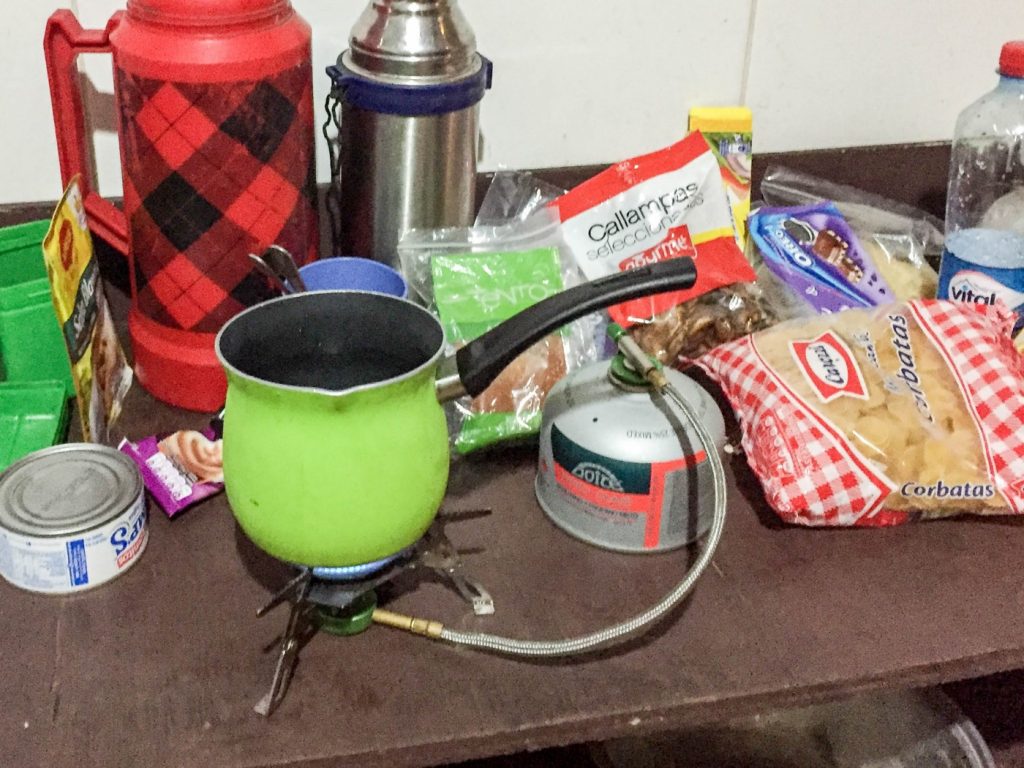 I wasn’t really a stickler about food on the trek. Some people brought different items for variety, but I was fine eating oatmeal for breakfast, tortilla wraps for lunch, and pasta for dinner every day. And chocolate, of course! The important thing for me was to not carry too much weight in my pack.

You HAVE to bring treats that you look forward to eating every day. Trekking is the best excuse to eat a bar of chocolate every day.

What Type of Clothing to Wear and Pack 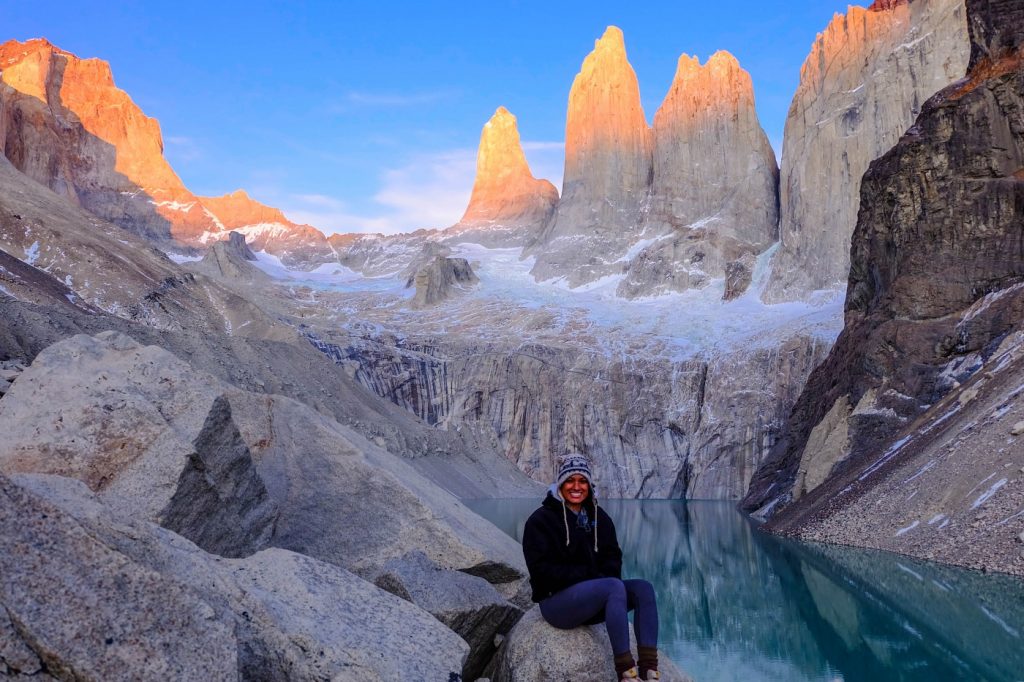 I didn’t go overboard with the clothing options, either, and was perfectly fine with wearing the same clothes every day for 5 days (except for undies). I recommend bringing two outfits: 1 hiking outfit and 1 sleeping outfit.

Most days I ended up removing my hat, scarf, and gloves. Some days I didn’t even need my windbreaker (which was not warm at all) and sweatshirt. You’ll generate body heat from carrying your pack anyway.

I basically wore the same base layers and changed my sweatshirt and pants every day.

I also brought my flip-flops and wore them sometimes at camp with my socks on, although most of the time it was much too cold for that. Luckily, my trail-running shoes didn’t get very wet so I didn’t have to worry about letting them dry.

Information While on the Trails 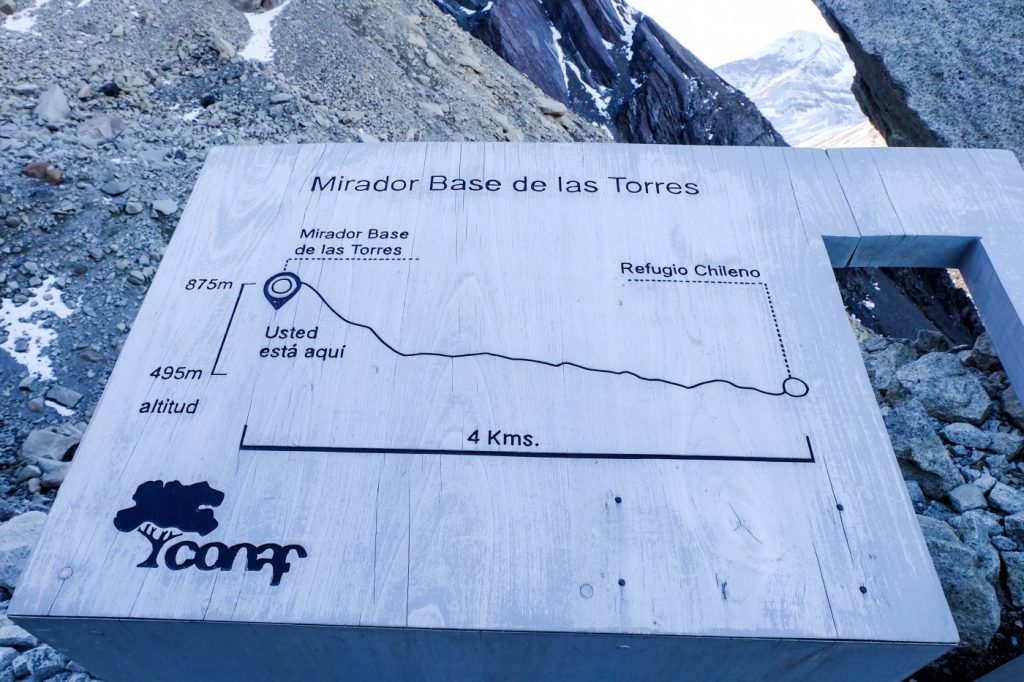 You’ll never need a map. Trails are clearly noted with markings on trees and every few kilometers you’ll find signs explaining elevation gains and kilometers. Take these signs with a grain of salt; they didn’t always seem very accurate in terms of how many kilometers I had left to walk. I only got lost when hiking to the French Valley, but that’s because I overlooked one of the orange tree markings and everything was orange because it was fall. You will not get lost.

Most Importantly, You Have to be Self-Reliant. 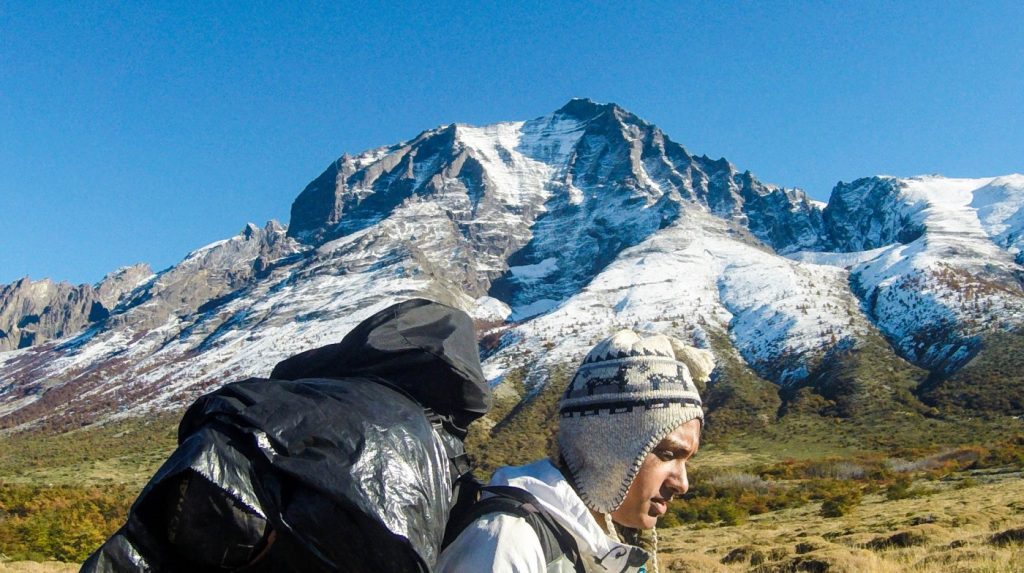 Unless you have hiking partners, no one is going to take care of you except for you. Even if you do have partners, everyone wants to make the most out of the hike and you probably won’t be together at all times. You have to be responsible for pitching your own tent, waking up on time, knowing your pace and making sure you arrive at camp before dark, etc. Unless you’re on a tour, there is no one telling you the “right” way to do things.

I was lucky enough to meet some incredible people on my trek who helped me if I really needed it, but I learned so much about how to take care of myself. I wouldn’t have traded that for a trekking partner. 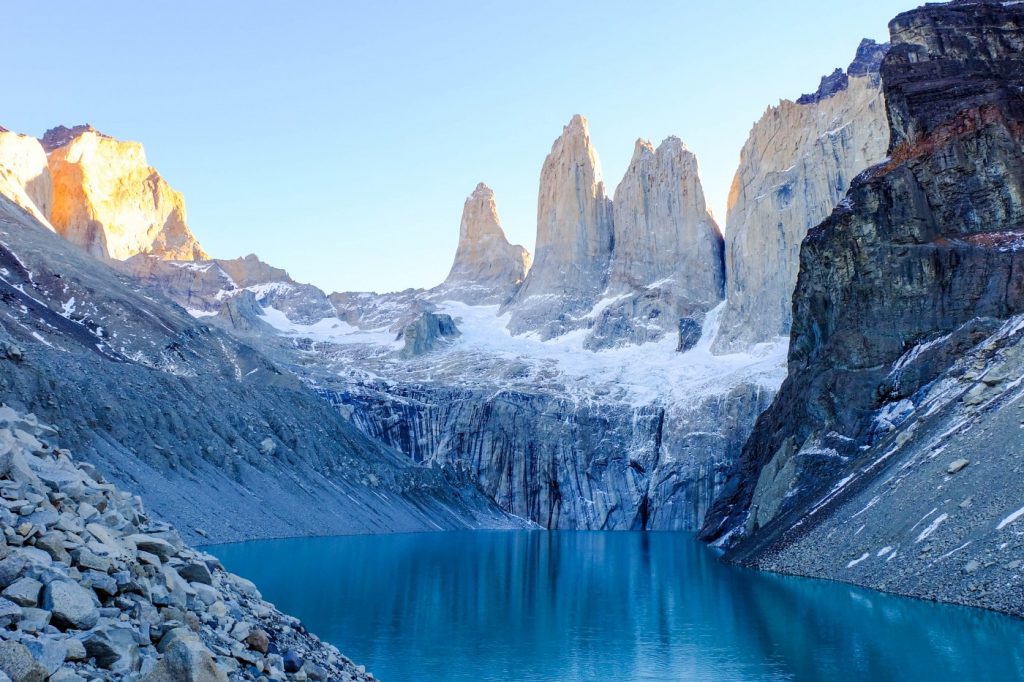 If I could do it all over again, I would have done a little more research for tips on trekking in Torres del Paine instead of relying solely on word of mouth. I hope these tips will help you be prepared for hiking through one of the most beautiful parks in the world!

What are your top tips for trekking?