November. Is 2014 really almost over? My year-end inner reflection has begun. I’ve been working as an English language assistant for two months now but it feels like I’m still a newbie to Madrid and expat life. I know this is probably because I take off about every two weeks to travel. It’s a double-edged sword; as much as I love living in Madrid and want to immerse myself in the culture here, I also want to take advantage of my close proximity to other parts of Europe and see as much as possible. Traveling about two weekends a month is the best compromise.

Through my eyes, I saw so many things that it felt as if November was never-ending. I love when time moves in slow motion and can be enjoyed without being afraid of the moments disappearing as soon as they pass by. Here’s what November looked like through my eyes:

After loving my visit to Granada in October, I couldn’t wait to explore more of the southern Spanish region of Andalusia. This time, I went to Córdoba, a quiet city largely known for its many exquisite, flower-filled patios and Mezquita de Córdoba (Mosque-cathedral of Córdoba).

It was a rainy weekend, but I tried my best to make lemonade out of lemons and see the sights despite my soaked-through Converse sneakers.

I sought refuge from the rain in Cervezas Califa, Córdoba’s first craft brewery, and tasted all of the Califa beers they had on the menu. Between the beer and the great company of the guys who work at Cervezas Califa, I couldn’t have asked for a better afternoon!

November had a few “firsts”. I left Spain for the first time since moving there and took my first steps in Italy! Rome is a city I’ve always wanted to visit but never imagined I would. Like most people, I had hopes of visiting in summer during the peak season, imagining Rome would be best explored under sunny, blue skies. 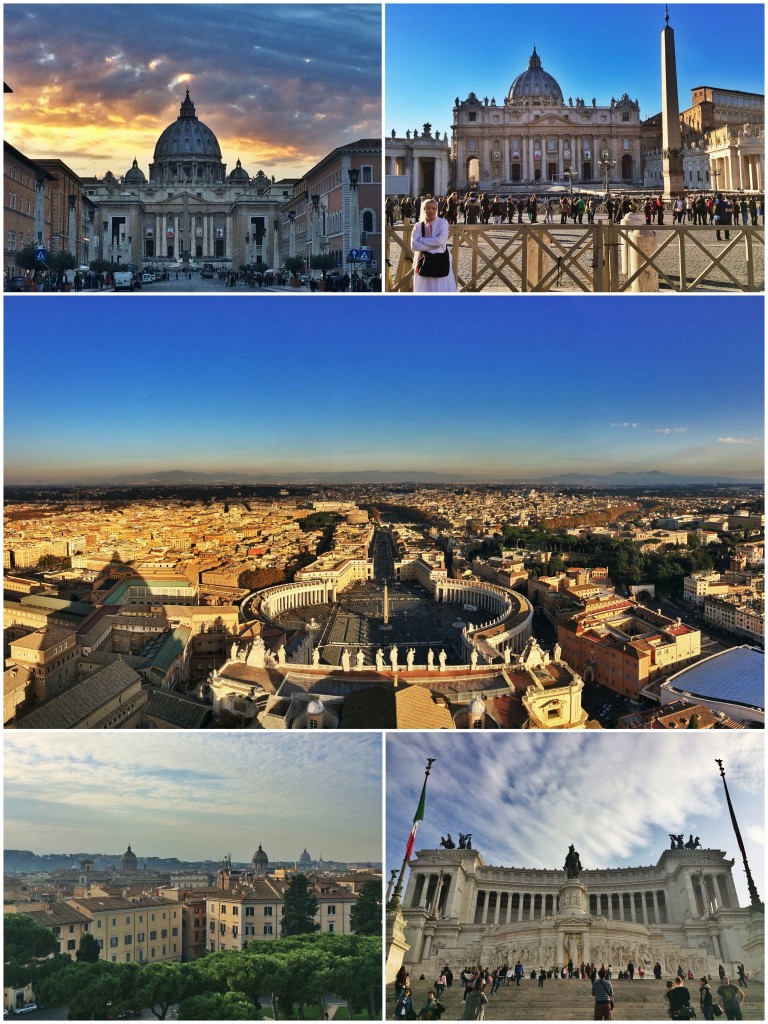 I’ll promise you this: you will never regret visiting Rome during the off-season. I’m not sure what it is about the air in Rome, but I think there are blue skies all year-round! I bustled around the city, visiting all of the tourist attractions and devouring the delicious Italian eats.

My first visit to Italy was a complete success and I can’t wait to return to this beautiful country.

I was a bit sad to be missing out on celebrating my favorite American holiday with my family back home. Thanksgiving is one of the few times a year we can get the whole gang together; I couldn’t believe I wasn’t going to be there to partake in my family’s hilarious antics. 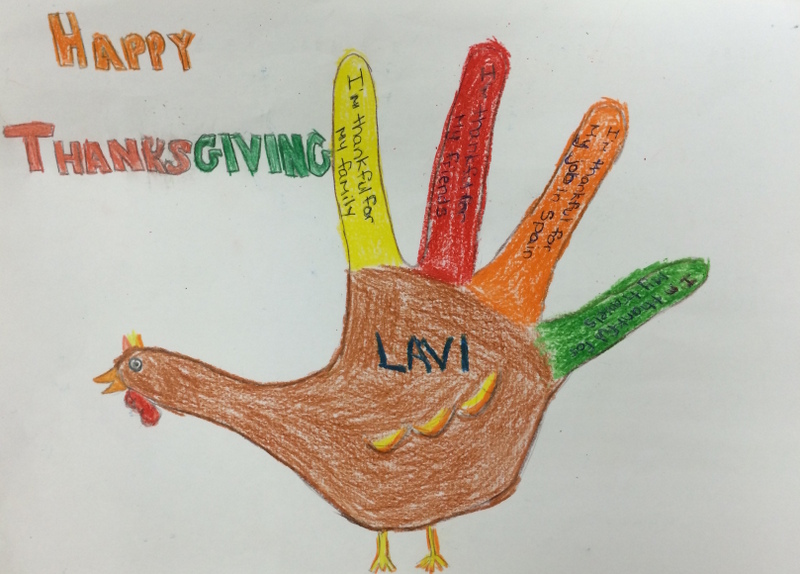 This year, thankfulness had a whole new meaning. I spent Thanksgiving with my American friend and her host family, and it was just as fun as celebrating the holiday with my own family. My friend prepared all of the traditional Thanksgiving dishes and we gobbled it down over wine and good conversation.

Although I couldn’t be with my own family, this loving family treated me as one of its own and I was lucky to spend my favorite holiday with them. It was really special.

Oh, and then my wallet was stolen. Or maybe I lost it. It really eats at me that I don’t know exactly what happened. One minute I was pouring Asturian sidra (cider) at the same event I went to in October, and the next minute – or a few hours later –  I’m digging my hands into an empty purse at a bar halfway across the city. Anything could have happened in between. After years of solo travel and living in New York City, I thought I was too street-smart for this to happen to me. I’m really mad at myself. What was a fun night earlier ended with me filing out a report at the police station. I lost my US driver’s license, two debit cards, gym membership card, health insurance card, and €50 in cash. Thankfully I keep backup cards at my flat or else I would have been really screwed.

Believe it or not, there’s an upside to this story. The wallet incident was two weeks ago and just yesterday I received a call from the police station that it had been turned in! Great news, except the cash was obviously taken and I had already canceled all of my cards. But I’m happy that my driver’s license is back in my possession. I experienced a few days of DMV hell to acquire that license and I have the terrible photo to prove it. Long story short, the DMV employee took my photo without me knowing it. We had been arguing just moments before so I guess this was her payback. This is all completely unrelated to my lost wallet story, but has anyone ever had a positive DMV experience, anyway? Sigh.

Through my eyes, these months living in Europe are getting better and better. I’m happy here, and am living life to the fullest. I have a lot of travel coming up in December with my two-week Christmas holiday backpacking through some of Europe’s most beautiful cities. I can’t wait!

I still need to work on improving my Spanish, though. This is a goal that I am really going to work toward and prioritize in the upcoming months. After all, learning Spanish is one of the main reasons why I’m here. This adventure is to be continued…!