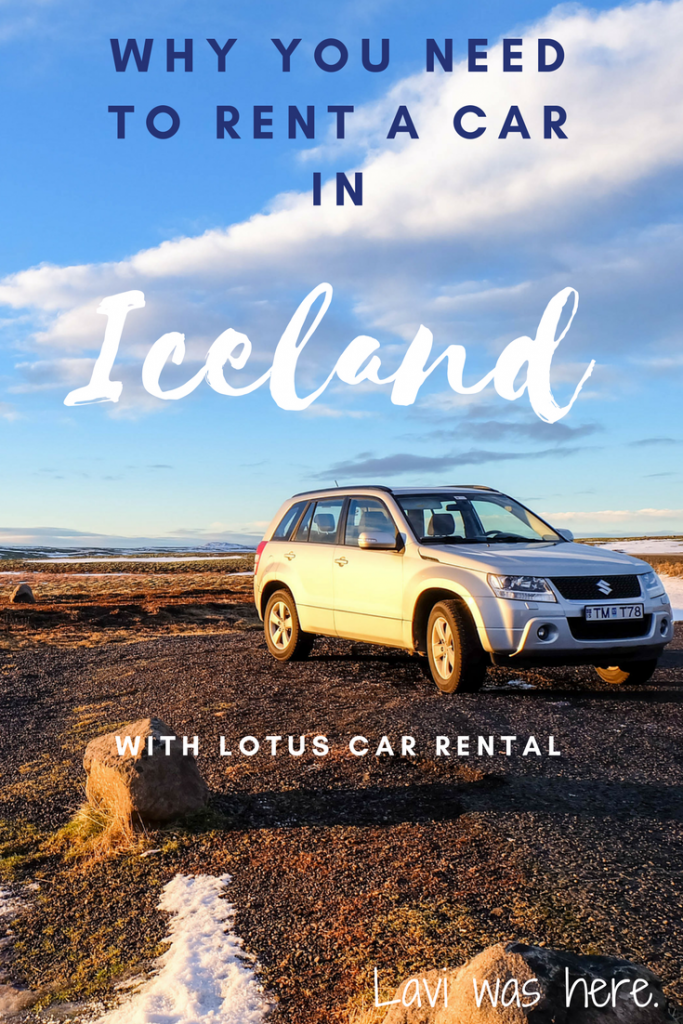 It was 10:30am and the sun was just beginning to show its shining face in Reykjavík as we pulled on the highway. When civilization began to disappear and Iceland’s pure nature began to reveal itself, we found a spot to pull over and take in the view. It wasn’t just the wind; the expansive view of the Icelandic countryside took my breath away. This was the first of many times on this trip that I thanked my lucky stars that we’d decided to rent a car in Iceland.

Is renting a car in Iceland a good idea?

In a word, yes. It wouldn’t have been possible for us to experience Iceland without one. Why? The activities near Iceland’s capital, Reykjavík, are limited. It would make sense to stick close to the area on a long layover, but to really see Iceland, you need to venture away from the city.

My brother, sister-in-law, brother-in-law, and I were in Iceland for 5 days. In that time, we had time to drive the Golden Circle twice and drove to Jökulsárlón, staying in Hali Country Hotel for one night along the south coast. We couldn’t have done this without renting a car. Bus travel is too restricted; you don’t have the freedom to stop when you want and your entire schedule is out of your control. 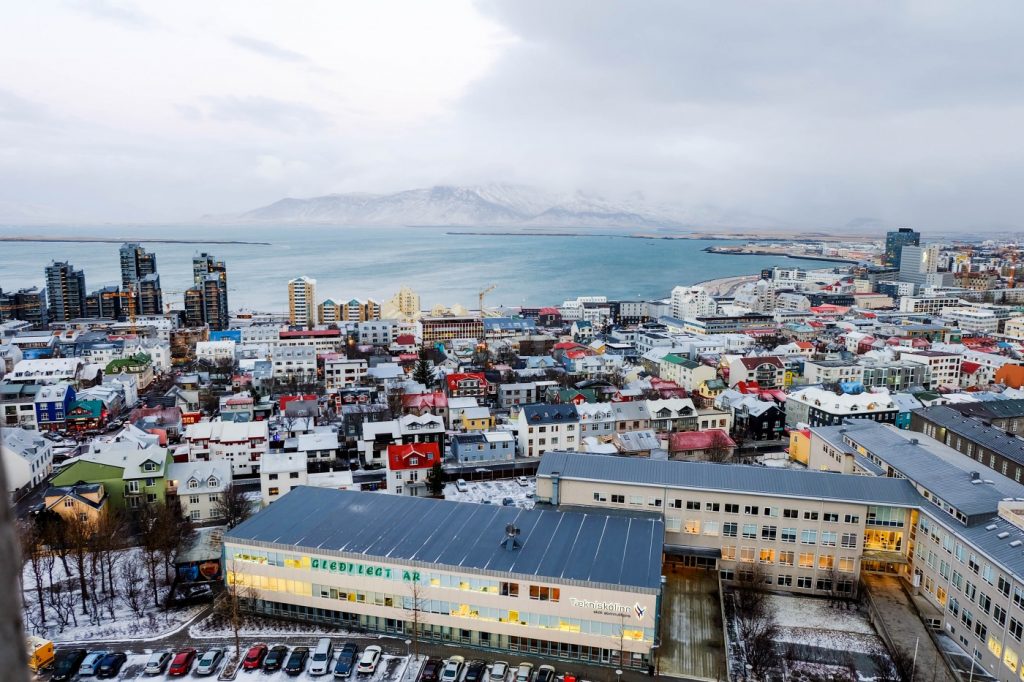 We set our own schedule each day. We woke up when we wanted, filled the gas tank, and set off. Whenever we saw something beautiful we wanted to stop and look at, we stopped.

This was especially helpful because daylight hours are very few in winter. You definitely need to plan to make sure you see everything you want to during the day. We kept our eye on the time and made sure to see everything even when it meant driving back to Reykjavík at night.

Another perk to renting a car is being able to hunt the Northern Lights. A few nights in Reykjavík, we drove outside the city toward the clear spots on the Aurora forecast and waited to see the Northern Lights with no luck. We only saw them on the southeastern coast, but we wouldn’t have had the freedom to drive around and park off the highway without a car. Seeing the Northern Lights alone was worth renting the car.

Why I chose Lotus Car Rental

I did a lot of research when looking for car rental companies. There are plenty to choose from, but I was very worried about making the wrong choice. Safety was my #1 concern, especially because winter in Iceland has unpredictable weather. We rented a Suzuki Grand Vitara 4×4 and it was the best car rental experience I could have asked for!

Lotus Car Rental was one of the first companies that popped out to me as having outstanding reviews with reasonable prices, good cars, and all the things I was looking for in a car rental experience. Those things were: collision insurance, navigation, four-wheel drive, and studded tires for the winter. While navigation is an extra cost, it’s worth it if you don’t have functioning mobile phone service for a maps app to work.

Lotus offers other extras such as Wi-Fi (another huge plus for long car rides), camping gear, a fuel can (not a bad idea at all considering we almost ran out of gas), and gravel protection (which would have been REALLY helpful. Read on). 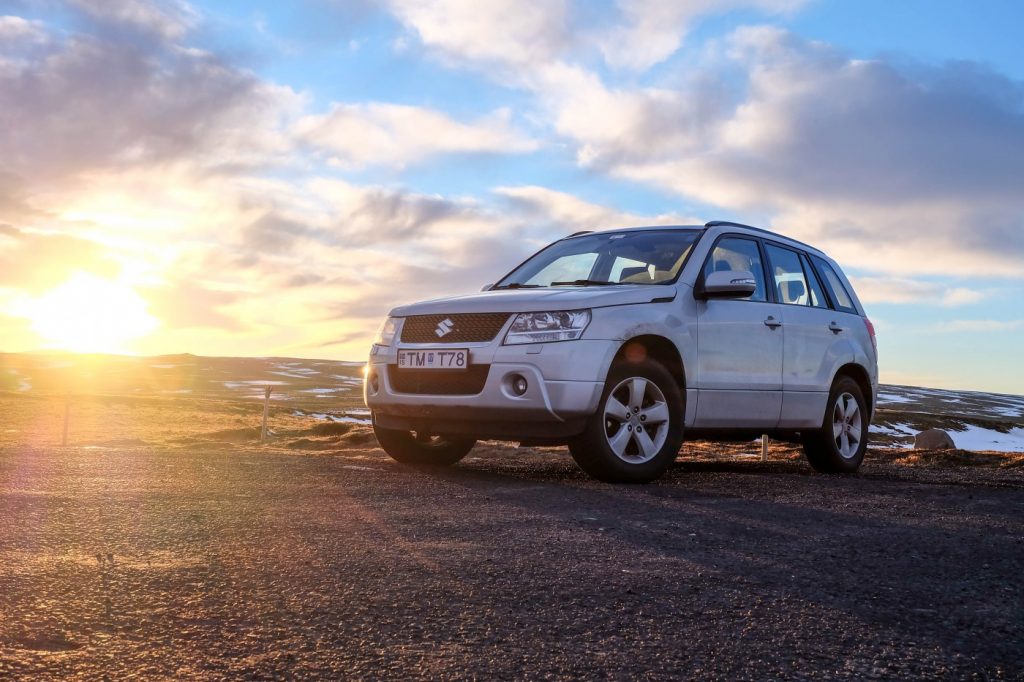 While many of these services and extras are available with other car rental companies, Lotus Car Rental also had great reviews and after speaking with the company owner, I could understand why. Lotus truly strives on providing exceptional customer service. And it’s not a myth that Icelanders are friendly; the representatives at Lotus Car Rental were some of the nicest and most friendly Icelanders we met on our trip!

A friend recently asked me whether I’d recommend renting an SUV or a sedan in Iceland. I 100% recommend an SUV or a vehicle larger than a sedan. We were all so scared to watch other smaller cars driven by tourists on the roads. My brother was nervous enough driving the Suzuki Grand Vitara on the highway as it swayed in the wind. I would have been terrified driving a smaller car. 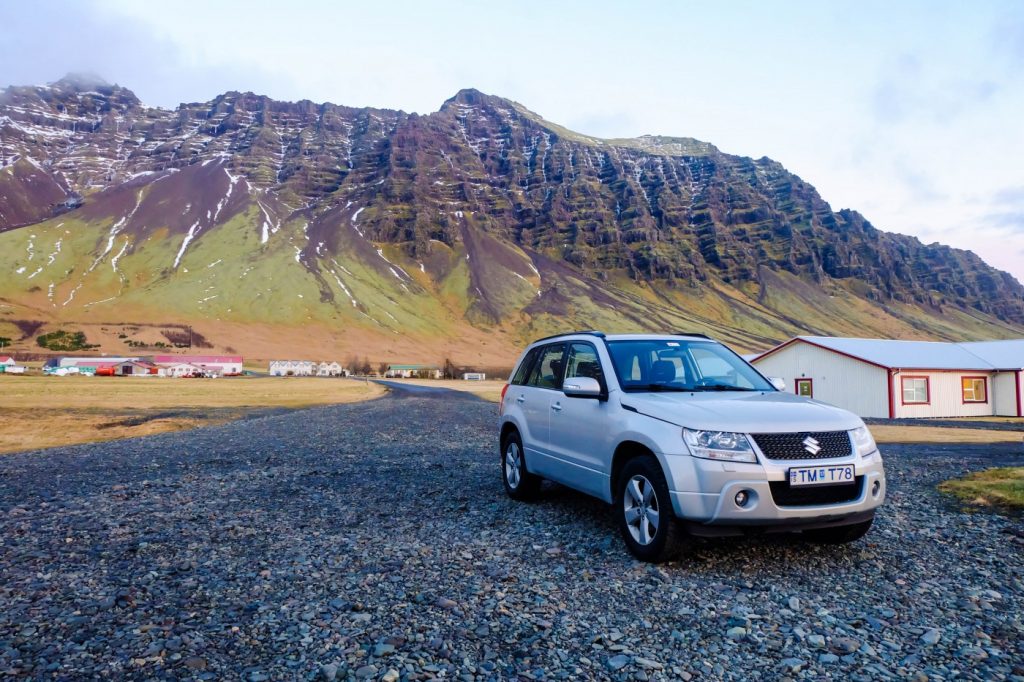 Despite having a larger vehicle, we still managed to get our windshield nicked by a piece of loose gravel, creating a crack in the windshield that spread. And spread. And soon it was a massive crack. There was nothing we could do about it, but apparently this happens all the time in Iceland because of the loose gravel on the roads and highways. Lotus was extremely understanding, but I’d definitely recommend the extra gravel protection offered! 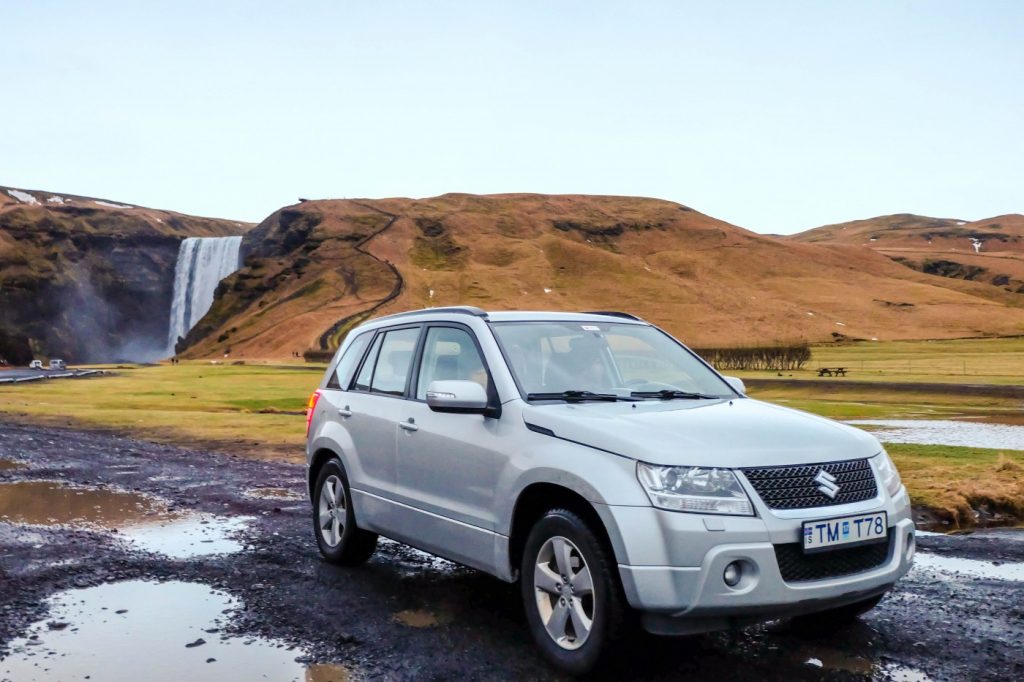 Even after we left the office, Lotus Car Rental had our best interests in mind. I received email updates about the weather forecast and they notified me when severe weather was approaching. This was very helpful; we might not have known until we were driving in the thick of it.

The pick up and drop off to and from the airport was also amazing. I’m not sure if all companies offer this service, but I was very happy to see the Lotus Car Rental representative at 6am when we landed. It helped to not have to figure out the details of getting to the rental car office. Lotus also dropped us off in the car we rented, so we didn’t have to unload our bags at the office before leaving for the airport. 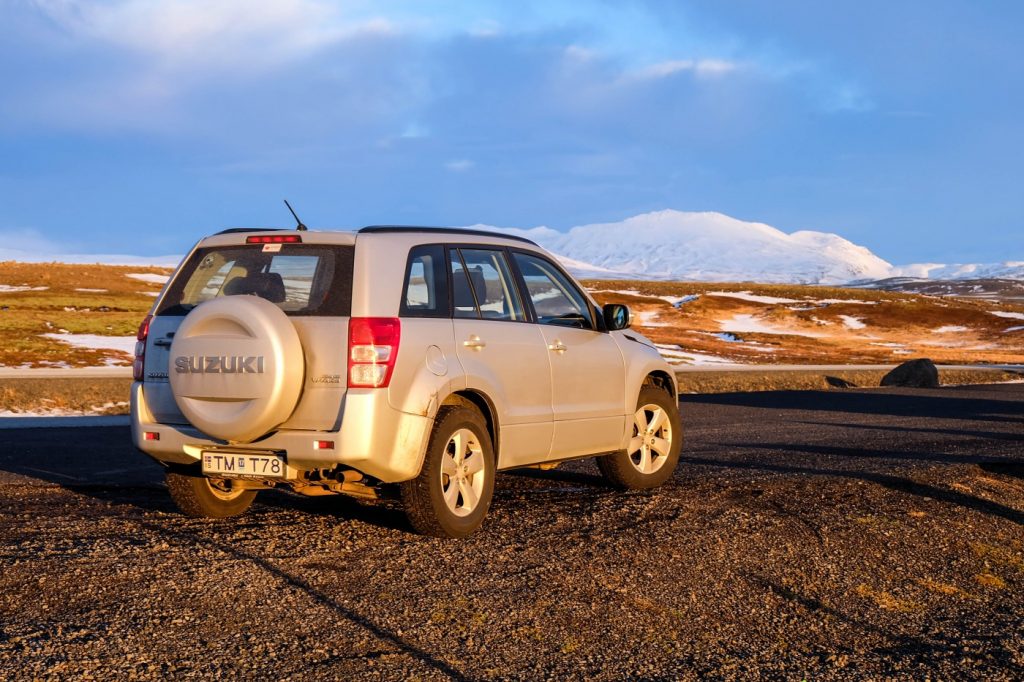 Tips and Information for Renting a Car in Iceland 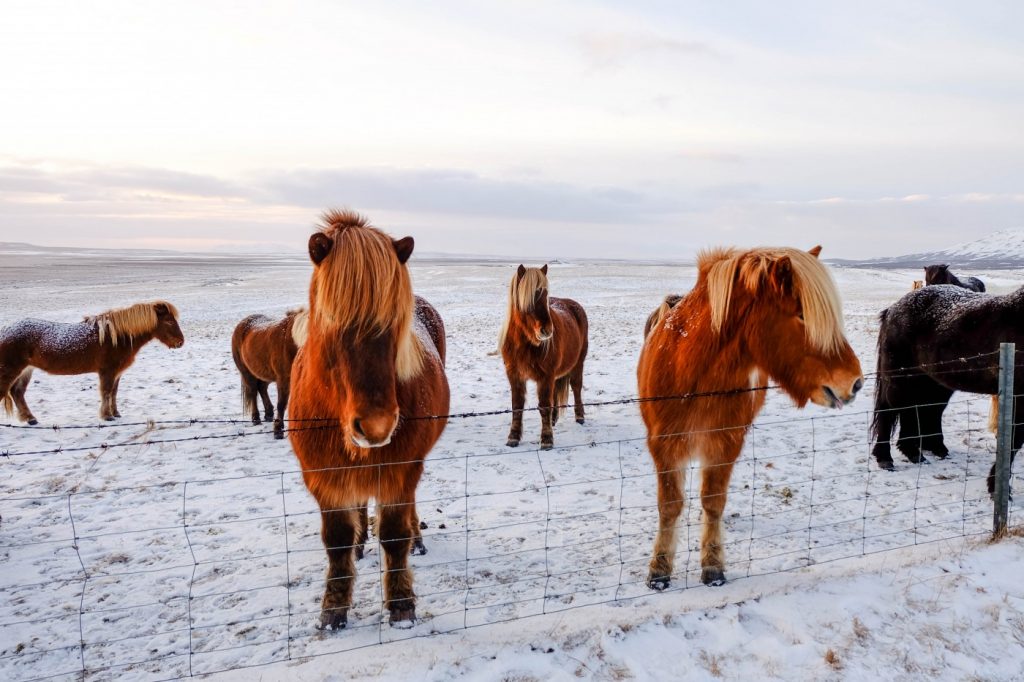 Have you ever rented a car in Iceland?